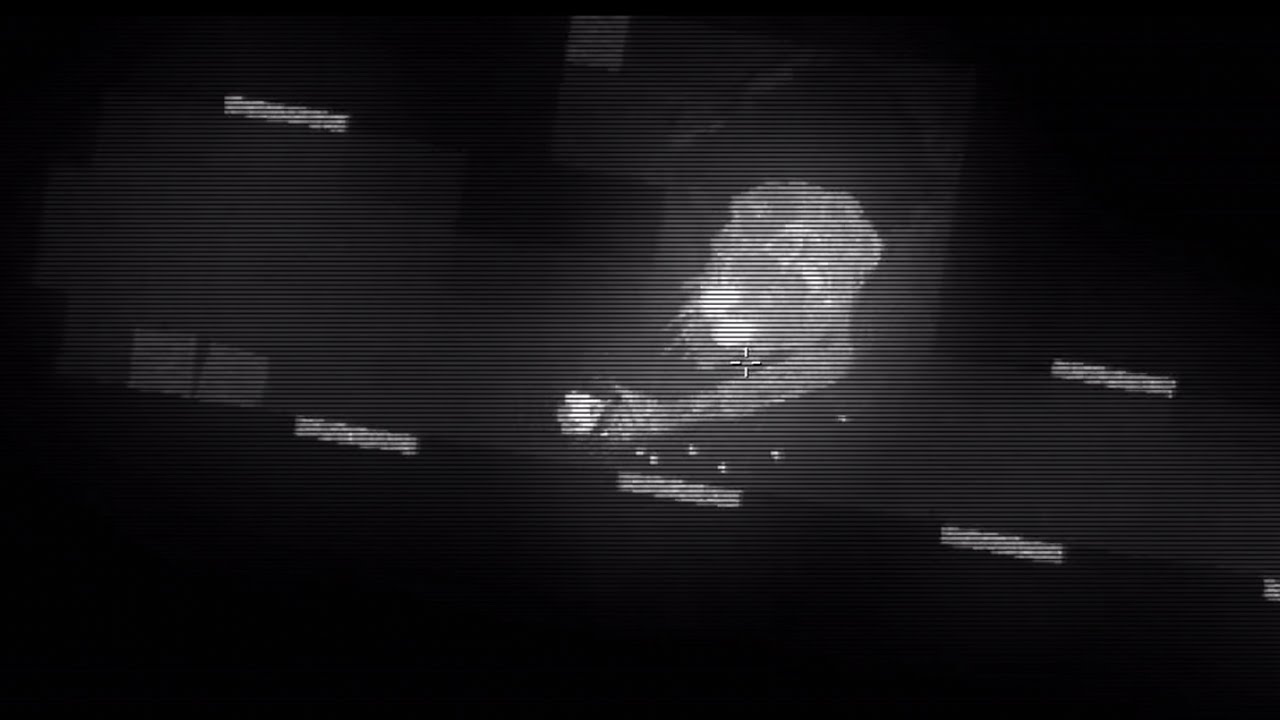 Just shapes in the dark

Noct is a top-down survival game with a killer hook. Set in the ruins of earth after some kind of Pitch Black-like doomsday event, the action is viewed from a grainy thermal camera far removed from danger. You play the part of a survivor on the ground trying to eek out another day of life, raging against the oppressive shroud of darkness and giant bugs that have claimed the world, but you see it all from the impassive perspective of a listlessly drifting military drone. It’s a visually striking style that multiplies the spook factor of the desolate wastes by an order of magnitude.

Sadly, so far that perspective is about all Noct has going for it. 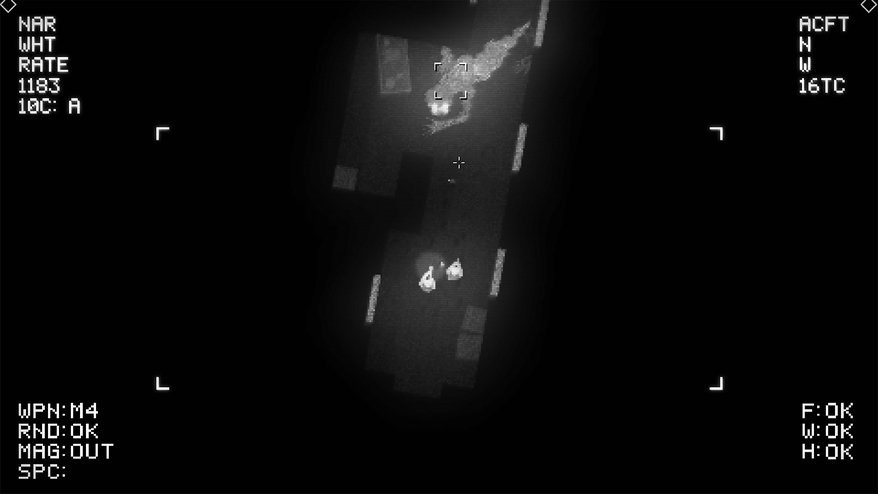 Released on Early Access last week, Noct positions itself as something like a top-down DayZ with both single-player and multiplayer modes. You’re a tiny survivor set against a big bad world, struggling to find better weapons, ammo, food, and water. The monsters in Noct are huge bug-like creatures that can (and will) kill you with a single hit. Your survival depends on careful shot placement, careful exploration, careful resource management – pretty much you need to be careful with everything you do.

The bugs respond intelligently to your actions. They like to creep up on you indoors while you scavenge for supplies, boxing you into a trap. In a refreshing change from most interpretations of giant, evil bugs, the ones in Noct have a vested interest in their own survival and will often retreat after you put a few rounds in them, encouraging you to be smart with your ammo and use it more to chase things off rather than kill them. But, on the flip side, gunfire also tends to attract the attention of other bugs, so one you just turned away could suddenly come back with a friend or two. You need to get a feel for when it’s best to invest enough rounds into a monster to kill it, and when you should just scurry away. 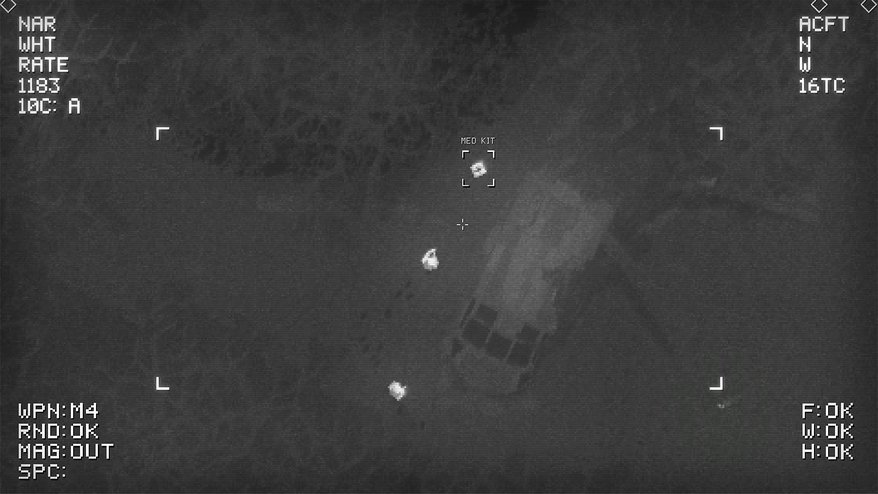 It’s a good start, but so far, that’s all there is to it. While it’s to be expected that an Early Access game isn’t going to be fully fleshed out, there is maybe 15 minutes of content in Noct right now. The single-player mode offers a guided run-around where a drone operator directs you to a few locations to find spare parts to get a ship up and running (presumably to escape to some non-bug infested paradise island) before directing you to a blown-out military base to arm up. After that, it just sort of ends. No more objectives, no more directions, just you with an AK-47 kind of wandering around in the darkness shooting monsters until you decide to quit. It was so abrupt and sudden, I had to consult the forums to make sure my version of the game didn’t fail to load a script or something.

While billed as a survival game, there seem to be precious few elements of the genre present. There is no crafting, no building, no injury or status impairment mechanic as far as I could tell. You have status indicators for food, health, and water, but the only effect I noticed was that I couldn’t sprint if I was thirsty. It doesn’t feel so much like a survival game as it does a very slow twin-stick shooter.

The dearth of content hits the multiplayer component of the game even harder. While it is possible to join a server and pal around with a few other survivors, I have no idea why you would want to. The trailer for the game teases all kinds of interesting social elements, uneasy alliances, and possible betrayals, but the in-game experience is just a group of doofuses running around until they get bored and shoot each other in a post-apocalyptic reenactment of the end of Reservoir Dogs. With no goals, no objectives, and no stakes, it’s hard to see what the point of a multiplayer mode even would be.

I encountered more than a few glitches and technical bugs (as opposed to the murderous ones), but I’m not worried about them – that’s the kind of thing that can and likely will be ironed out in the Early Access process. What concerns me is the direction of the game; what it would look like as a fully featured end product.

According to the Steam page, “Noct is in a highly polished beta stage with most of the content already integrated into the game. The purpose of Early Access is to improve and polish existing content, finalize the remaining acts of the narrative, and introduce additional modes and features for players.”

What? If this is supposed to be most of the content, that’s not great. As it stands, Noct is a thin experience. I absolutely love the concept and look of the game, but there is so little here it feels less like an Early Access release and more like a demo. As slick as the presentation is, I’d advise people to wait for the final release to see if Noct gets some more meat on its creepy bones.