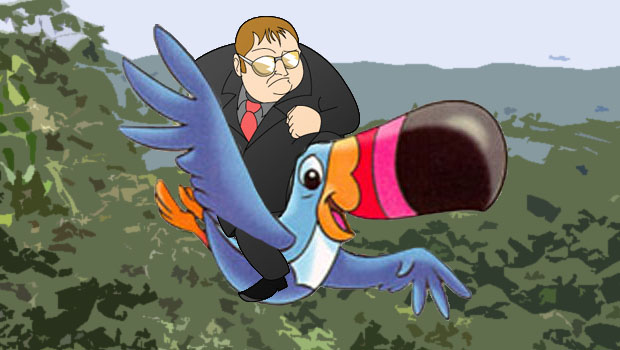 Can I just say, first of all, if you show me a toucan in a game, I want to ride that toucan. Players might be as frustrated as ever that Roman centurions are riding mechs and tropical birds while they spend time eating their own ass, but it appears as though Noby Noby Boy‘s online community is still going strong. Their combined efforts have allowed Noby Noby Girl to reach the yet another new planet.

It’s taken nearly three years, 1045 days to be exact, but Girl’s impressive reach has finally stretched to Uranus. While that may sound like a long time, it’s actually quite astonishing considering distances between planets are to scale. If you’ve yet to try Keita Takahashi’s latest bizarre offering and want to join as the journey to Neptune begins, the title is still available via PSN for just $4.99, and maybe a bit of your sanity.