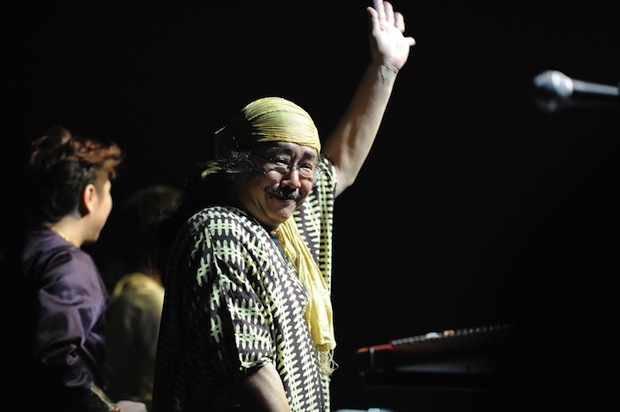 About 2,500 fans packed the hall in what the convention center says was their biggest concert ever. Uematsu followers, lifelong MAGFest attendees and new guests packed the floor so tightly that it was hard to move. Stationed to the right of the stage in a roped off area was a Uematsu fan with his two children, both of which are named after the composer in some way.

The energy of Uematsu and his band was infectious. Fans screamed, cried and I even saw one swoon, nearly falling backwards. This energy was present through the entire set, leading up to the ovation performance, where I saw Uematsu pounding on his Hammond organ with clawed hands, hitting the lower half of the keyboard with his butt as he bounced up and down.

I’ve seen a lot of live performances in my time, but I’ve never seen a show this great. I’m still buzzing. In the middle of the show I heard someone behind me say, “I’m never missing another MAGFest ever again.”

Be sure to check out the work of our photographer Chris Serani in the gallery below.