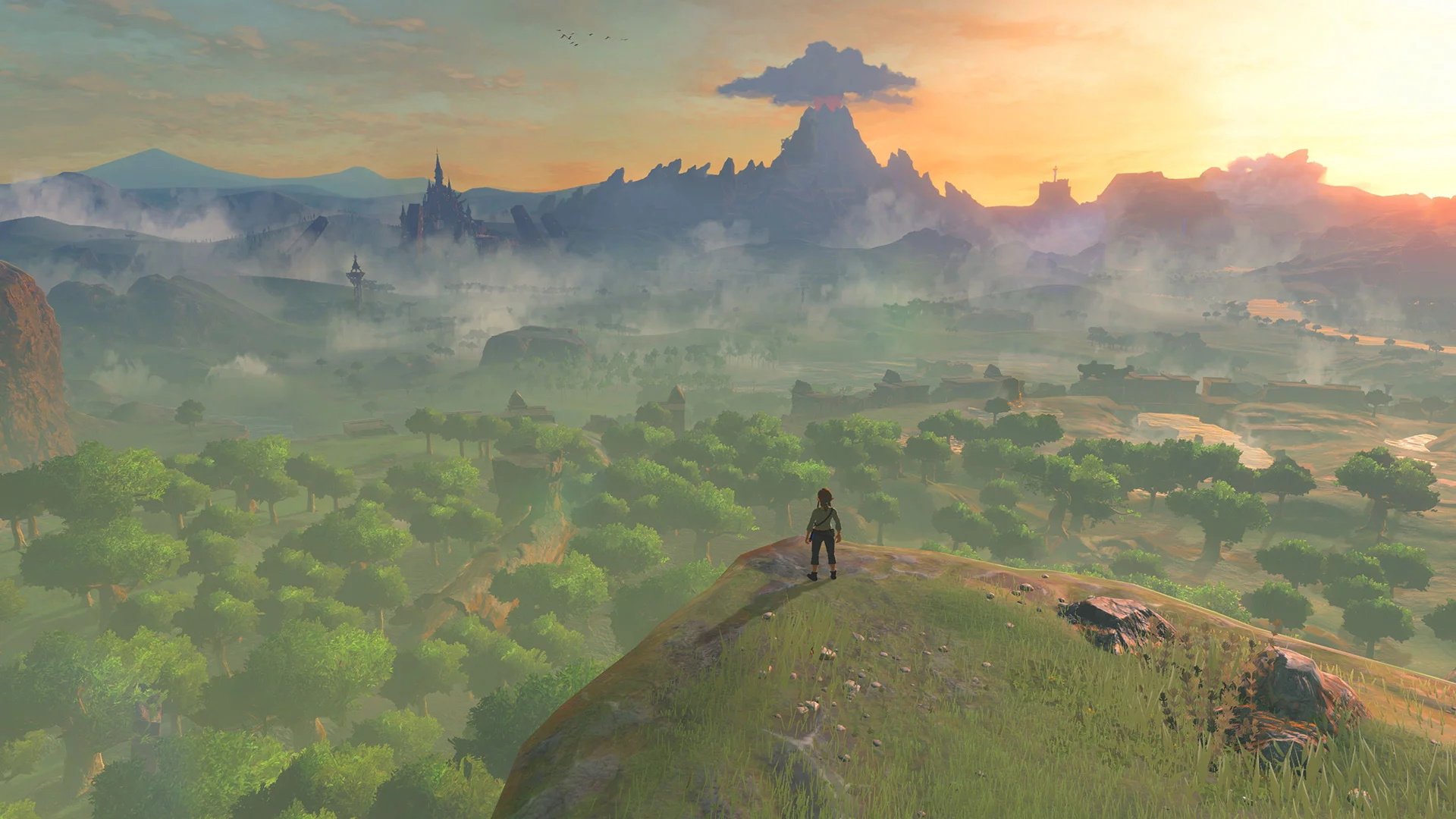 Before you stands a mountain that lives up to its name. The sweltering heat obscures your vision as you approach. You’ve dreamed of making this journey since you were a child, and now here you stand at Death Mountain.

Imagine for a second what it would be like to visit your favorite virtual world. From the sights of Hyrule to the edge of the galaxy in Mass Effect, we’ve spent countless hours exploring these digital landscapes that expand our imaginations.

For us, those worlds allow us to escape and experience things that are impossible in our everyday lives. For patients at The Hospital for Sick Children (SickKids) unable to leave the hospital, experiencing something as simple as trick-or-treating can feel just as impossible. Their experiences have been limited to the space around them.

By using Virtual Reality headsets, SickKids has been able to transport its patients to places they’ve never been and experience the impossible. Whether going door-to-door on Halloween or visiting the pyramids in Egypt, patients are able to live out their dreams and see the world beyond the walls of the hospital.

To celebrate Extra Life, the annual charity 24-hour streaming marathon that supports Children’s Miracle Network Hospitals like SickKids, we’re highlighting some of the virtual worlds that we dream of exploring. VR has given us the chance to visit Gotham and even Tamriel, but if you could go to any world, which would you choose?

Before you start rattling off your favorite video games, you might want to think a few things through. After all, some of the most visually arresting worlds also happen to be the most deadly. Even though the halls and alleys of Yarnham are beautiful to behold, would you really want to visit the world of Bloodborne? If your answer is yes, then you have both my respect and my distance, as I back away slowly.

Choosing just one world is quite the challenge. Deciding between the setting, the people that inhabit it, and the various activities is a debate of its own. The world of the Persona series is similar to our own in most ways, but being able to hang out with Yosuke, Chie, and Yukiko would be a dream come true. Even spending a single day with the townsfolk in Animal Crossing and shaking trees to share some apples would leave a permanent smile on the face of just about anyone. Yet the pure spectacle of Alfheim as seen in God of War would transport one to another world.

To help spark some ideas, we’ve been running polls on our Facebook page that ask you to choose which virtual world is your favorite. Below, we’ve broken down the results, along with why we believe these are the best worlds to experience the ultimate escape. 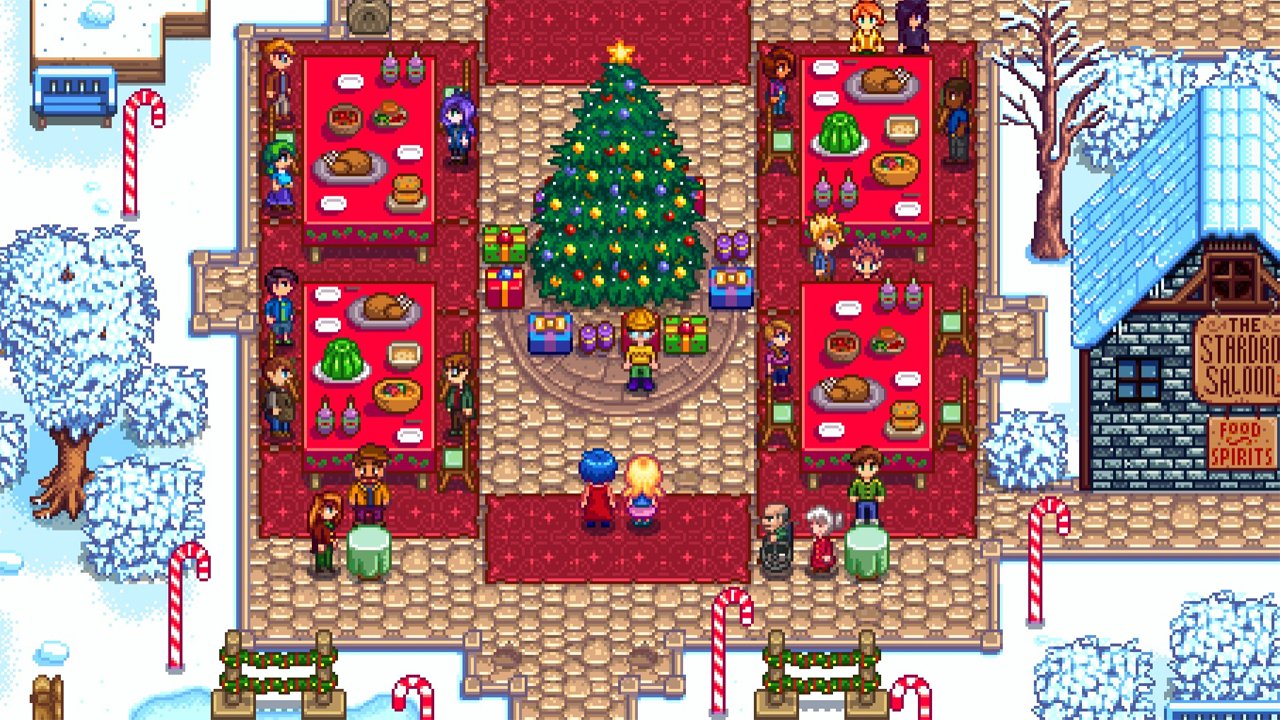 Stardew Valley – Many of us city folk have wanted to escape the hustle and bustle at some point. And where better to escape to than the idyllic town you create in Stardew Valley? If given the chance, would you not spend an evening at the Stardrop Saloon? With different events throughout the year, such as festivals, birthdays, and even a wedding should you so choose, it can feel as if you do more in the game than in your everyday life. Using VR at SickKids, patients are able to experience the events that they’d otherwise be unable to attend, and escape to a world that seems just as beautiful: ours. 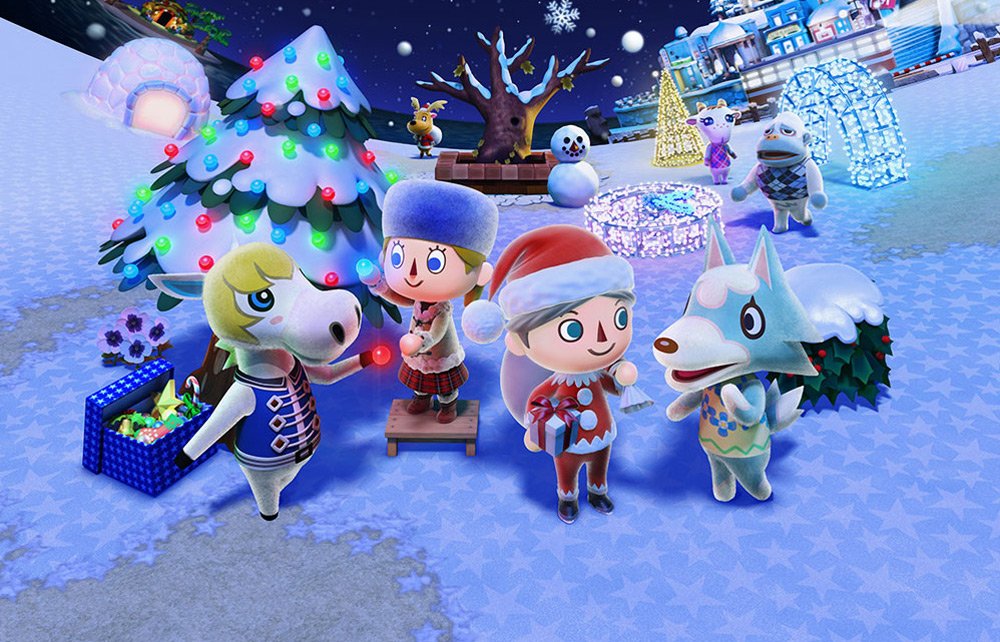 Animal Crossing – Nothing is quite as jolly as waking up on a holiday and booting up Animal Crossing. Played in real time, there’s always something going on that reflects our world, only much more festive and cheerful. The question isn’t whether you want to visit your friends that are dogs, elephants, and gorillas—it’s how you’re going to bring yourself back to the real world. Animal Crossing and other sim-style games have been known to help with stress, anxiety, and trauma. Now imagine if it were your manner of socialization with friends. I can’t think of many better games to dive into. 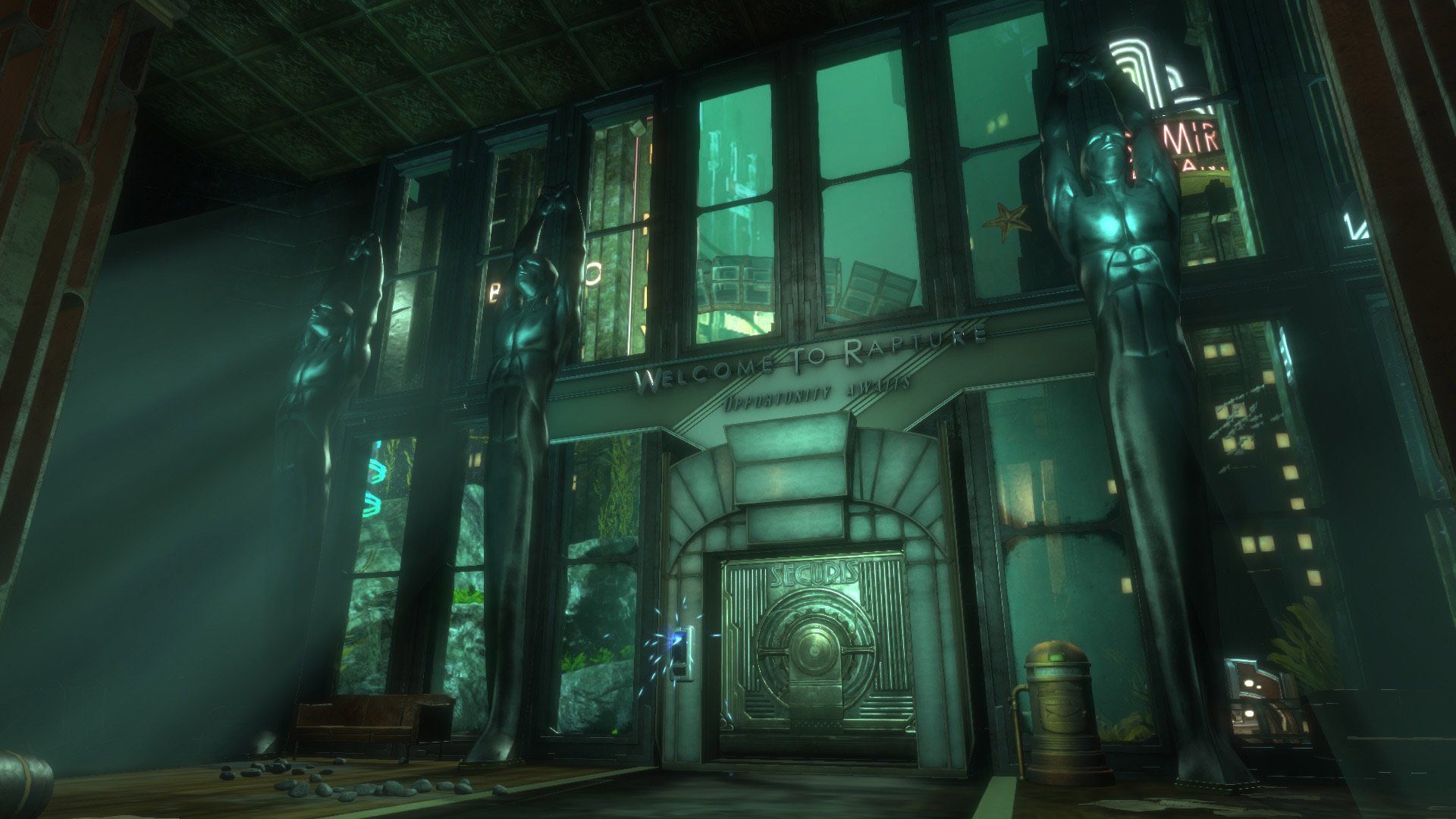 Rapture – Before you jump to the fact that BioShock’s Rapture is filled with Splicers and all manner of other horrors, let’s remember that once upon a time it was somewhat of a utopia. So imagine what it would be like to visit the art deco architecture, the beauty of being submerged at the bottom of the ocean, and the unbridled spirit of the artists within. The possibilities of VR are limitless. One of the experiences put together for a patient allowed them to fly over the pyramids in Egypt, giving them an otherwise unattainable view. I’m not saying you should visit Rapture in the late ’50s. But to see it at its height? Now there is a thing of beauty. 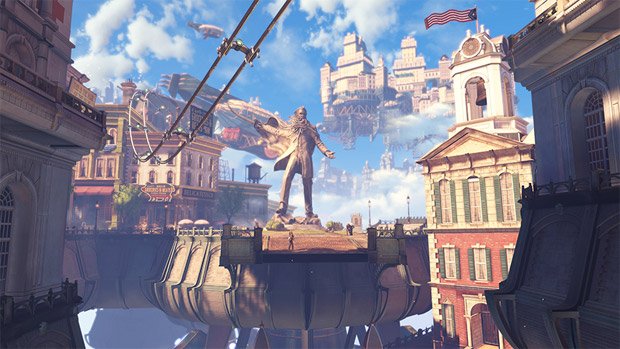 Columbia – Much the same as its series counterpart, BioShock Infinite’s Columbia was once a sight to behold. The streets were filled with the sounds of a barbershop quartet, rose bushes lined the marble railings… Oh, and the whole city was floating above the clouds. Though tensions would later erupt, it was once a place that needed to be experienced to be believed. Memories can stick with us for a long time, and the bright colours of Columbia’s many islands cross my mind to this day. There’s no twist ending here—I just really want to experience this place.

3. Midgar (Final Fantasy VII) or The Continent (The Witcher 3) 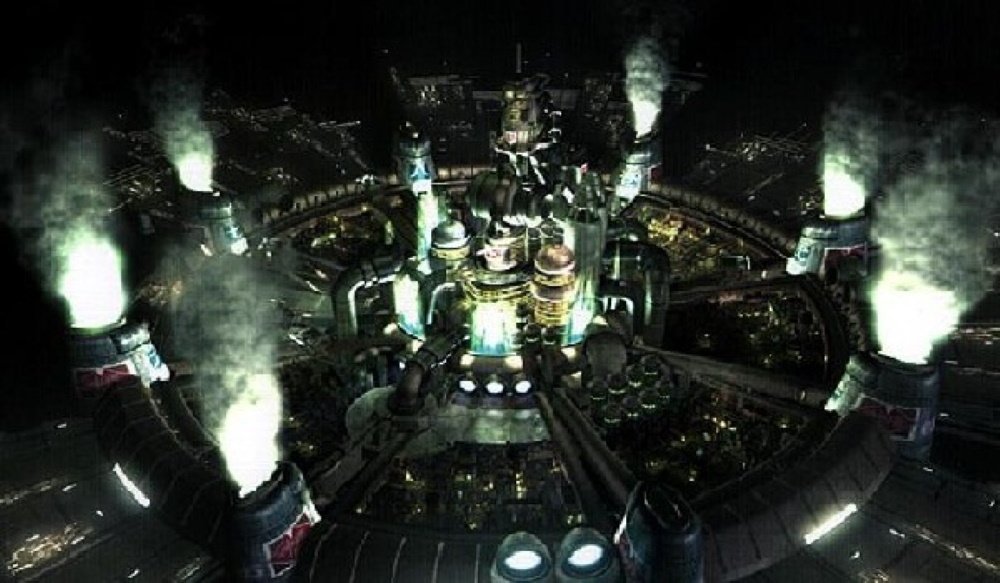 Midgar – The true scale of Midgar has yet to be witnessed—I’m looking at you Final Fantasy VII Remake—but this metropolis not only staged one of the greatest moments in gaming history; it’s also what everyone remembers from the original game, despite being only one of many locations. Is that because of its grimy streets and futuristic brutalist charms? Or just as likely, did most people play only the beginning of the game? We’ll never know. What we do know is that this is one city that we’ve all fallen in love with, and it needs to be visited. 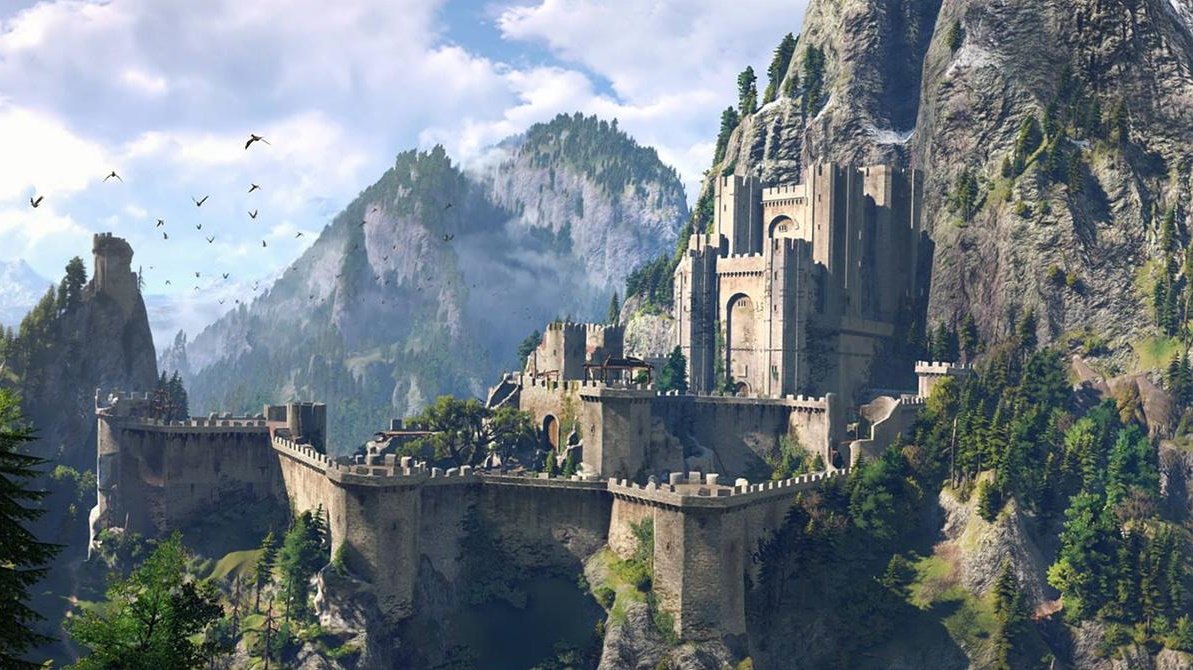 The Continent – If you’re going to spend more than 100 hours in a game, you’d better really like the world. Luckily, The Witcher 3 more than delivers. From the swamps that house the Crookback Bog to the harsh cliffs of Skellige, the Continent is as vast as it is detailed. You never know what’s going to happen, whether playing a round of Gwent in a tavern or wandering the streets of Novigrad, you’re sure to get into some trouble… ahem, fun. Imagination is a powerful tool, one that helps us escape reality, but also heal. In this case, we’ve imagined it for so long, it only feels right that we should visit for real. 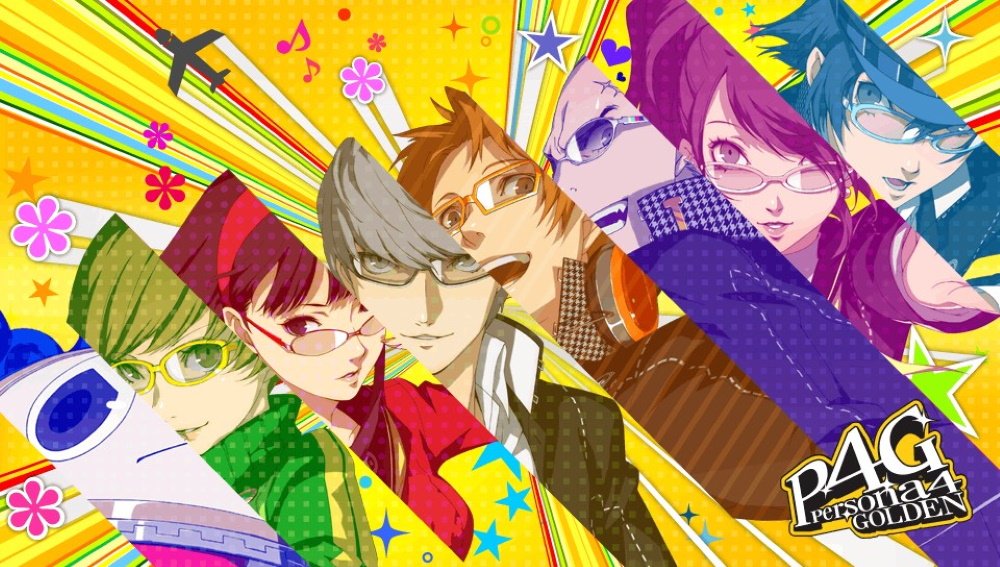 Persona 4: Golden – Persona 4: Golden technically takes place in Japan, but hear me out on this one. It isn’t the world that has me dreaming of Persona 4—it’s the people. I’m not just talking about who you romance, but the entire town of people who helped you along the way. From Yosuke inviting you over to the hottest joint in Inaba—Junes, of course—to Yukiko revealing her deepest fears about the future, these are people who open up to you in a way that’s endearing on an entirely different level. If given the chance to spend a day with Rise, wouldn’t you? 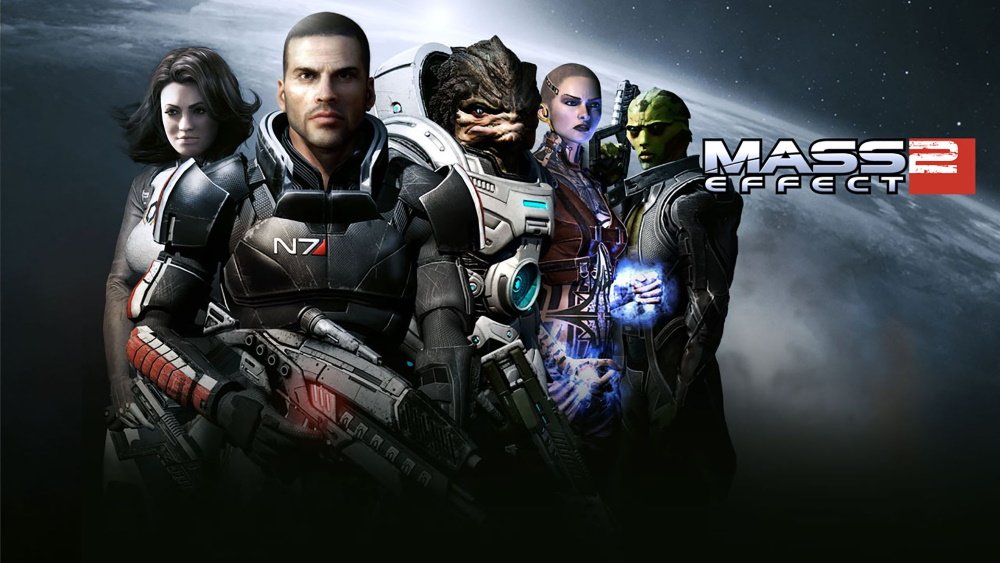 Mass Effect 2 – In the same vein, Mass Effect 2 is remembered fondly for the loyalty missions that built relationships within your party. The many planets are distinct and beautiful, but it’s the memories built with Wrex, Jack, Joker, and the rest of the crew that stick with us to this day. We can’t really visit planets across the galaxy (yet), but thanks to games and great writing, we feel as if we have. Virtual reality is opening up new possibilities for players and patients. Soon we’ll be standing face-to-face with Garrus, and all our dreams will come true.

Poll 5: The Mushroom Kingdom or Hyrule 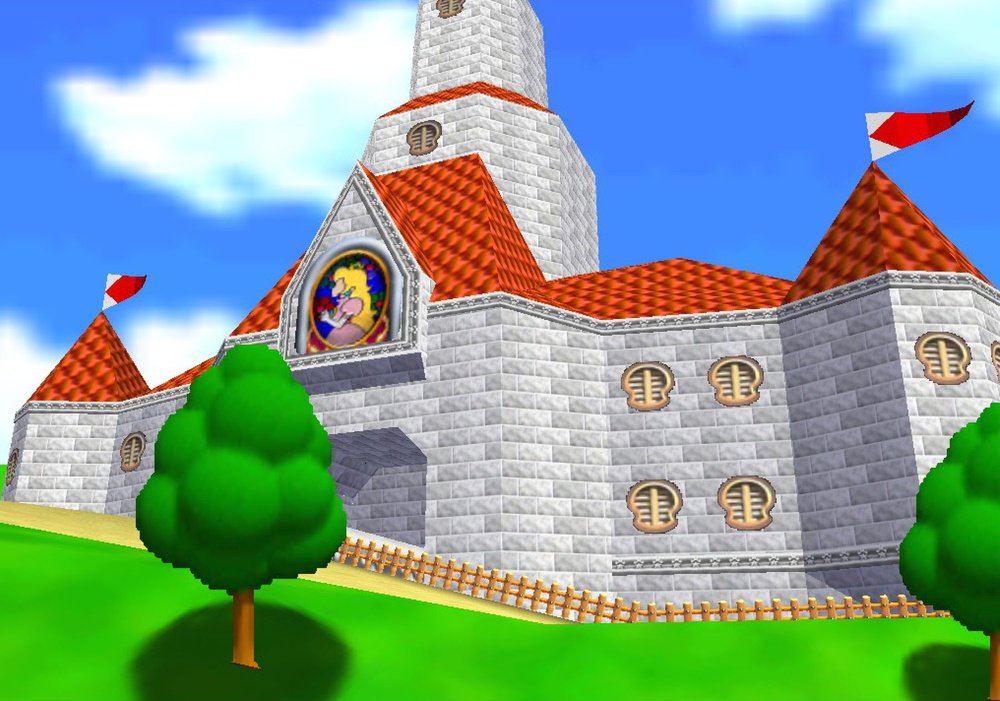 The Mushroom Kingdom – You knew it would come down to this. Mario or Zelda. Two giants of gaming. The Mushroom Kingdom has a lot going for it, from the jovial vibes to the insane(ly fun) architecture, this is the ideal spot if you want to try out your athletic skills. Creatures of all shapes and sizes are welcome, and if you aren’t one for platforming, maybe sports, parties, or even medicine are more your speed. Mario and crew continue to produce some of the most exhilarating worlds even today, and they’ve helped millions of children around the world. 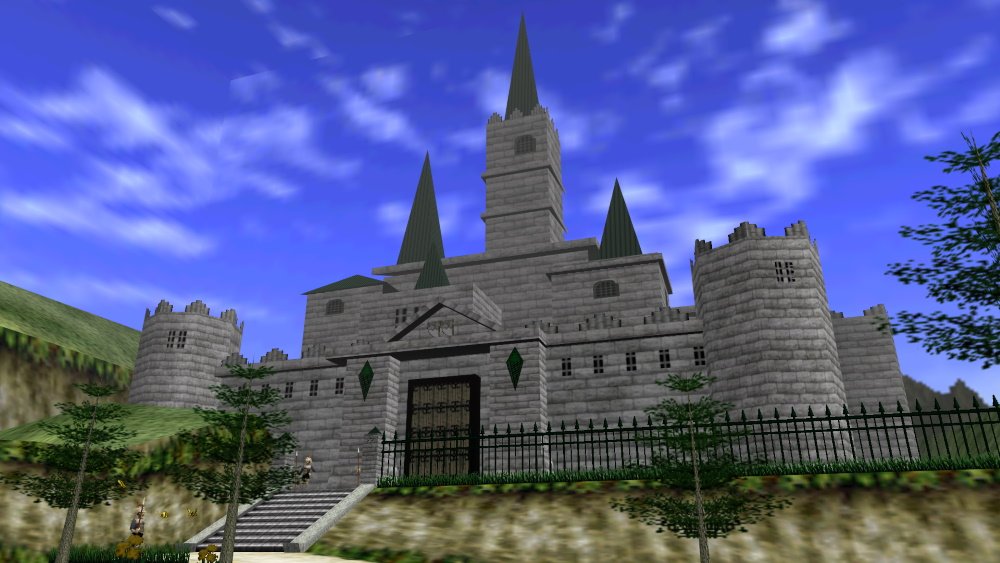 Hyrule – It sounds crazy to think that Hyrule could be considered the underdog in any gaming contest, but next to the sheer amount of Mario games out there, it’s easy to see why. Hyrule may not have as many styles and forms as the Mushroom Kingdom, but it certainly has plenty of other characteristics. If you’re looking to explore a world full of secrets, wonder, and bizarre folk, you’ve certainly come to the right place. You can visit Lover’s Pond, or simply stroll around for hours—because you’re lost—in Kakariko Forest, always discovering something new. It’s beautiful, vast, and certain to surprise. This ExtraLife, let’s surprise some children with experiences that bring that same sense of wonder.

Video games are an incredibly powerful tool, and though we often hear about the negativity surrounding gaming, we don’t hear about all of the incredible efforts that our community makes. Gamers continue to be leaders in helping to support the research and development of innovative, life-changing medical technologies. Donations can help give critically ill children the tools they need to keep fighting, to continue playing, and to explore the impossible.

Visit SKextralife.com to learn more and support the SickKids Extra Life team for the official community game day on November 2, 2019, or even sign up for your own team and play your way. By supporting SickKids, you are helping patients at Canada’s most research-intensive hospital and the largest centre dedicated to improving children’s health in the country.