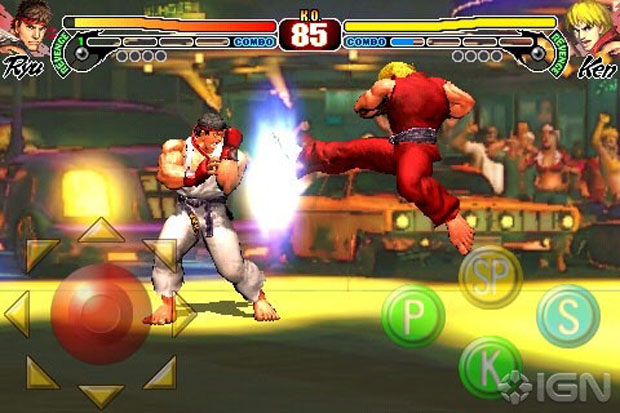 This is a real thing that’s coming this March. It’s too early for April Fool’s jokes.

We’re talking virtual d-pad and buttons and all, with art and assets taken from the console games, shrunk down to fit Apple’s little touchscreen. The complete move set is there, including Ultra moves and their crazy animations. IGN says that Capcom has spent months working on the controls, with options for position, transparency and more. I hope they spent longer than they did on the Mega Man 2 port. I’m just saying.

There’s Bluetooth mutlplayer support, too. A Dojo Mode will be included for training.

From the images we know that Ryu and Ken are in the roster, but the rest have yet to be revealed. Capcom says that both classic and new SFIV characters will be included when it’s all said and done.

Jesus, how crazy is this? I can hear all the hmm, we’ll sees now. We’ll see in March, won’t we?