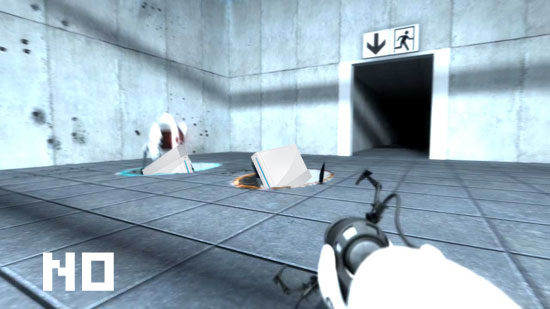 I don’t know what it is with you people. You think any game that involves aiming, shooting, swinging, shuffling, kicking, punching, poking, or pulling would be great on the Wii. So when rumors spread across the Internet that Portal might be ported to Nintendo’s console, ya’ll went wild.

“It’s an extremely interesting idea,” Valve’s Doug Lombardi told CVG, “but there’s nothing in product — not yet, anyway.”

CVG goes on to point out that Lombardi didn’t outright deny it, leaving this open for Nintendo fans to dream about. There’s no reason Valve couldn’t get the Source Engine up and running on the Wii, but do they really have to? Is there anyone out there who really wants to play Portal that doesn’t have a PC or another next-gen console?