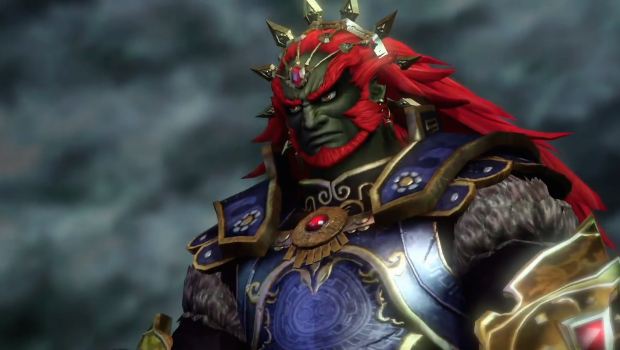 A few weeks ago, Patrick Hancock and I rambled off our hopes, fears, and predictions for the next Smash Bros. Somewhere in there was the idea that Ganondorf may not be playable, in part because of Smash Bros 4‘s focus on amiibo. A major selling point of the amiibo system lies in the figures’ NFC cross-game compatibility. That means that characters who aren’t set to play major parts in other upcoming Nintendo releases may be less “amiibo-friendly”, and therefore, less likely to appear in the next Smash Bros. That puts “every other game” villains like Ganonodorf at a disadvantage.

“But what about Hyrule Warriors?” some clamored. “Ganondorf will be playable in that. Therefore, your argument is invalid”. Touche’, sassy readers. Sadly, Hyrule Warriors may not help Ganondorf’s chances of appearing in Smash Bros 4 as much as you may think. When asked if the game will offer any amiibo support, Nintendo stated “Super Smash Bros. for Wii U will be the first game to support amiibo. Other games that will support amiibo include Mario Kart 8, Captain Toad: Treasure Tracker, Mario Party 10 and Yoshi’s Woolly World, with more to come.”

With that, I remain less than confident in Ganondorf’s chances of being playable in the next Smash, though I’d love to be proven wrong about that. On the other hand, my mind is now reeling with the possibilities of Captain Toad’s chances of making it on the roster. I’ve already come up with his move list. His neutral special could be “head mounted flash light turns on”, his left/right special could be “walking” and down special might be… “dying”. And that’s it.