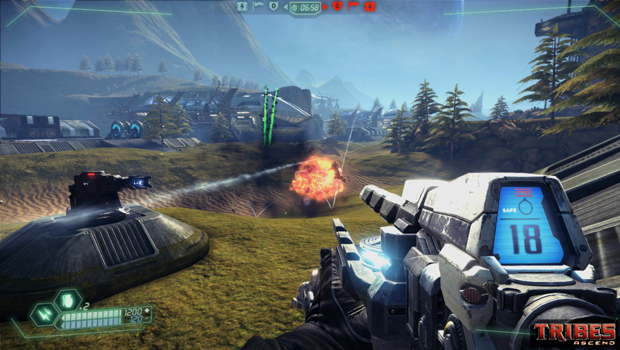 Studio to shift focus on Smite

Some rather worrisome news for Tribes: Ascend players has emerged from its development team regarding future support. According to a statement put out by High-Rez Studios’ co-founder, there will be an absence of any ‘major’ updates for the free-to-play shooter for six months.

Responding to a question on Reddit, Todd Harris revealed that the team will be spending the next six months working on their upcoming MOBA, Smite and went on by saying that, “TA2 would be more likely than a major update to TA,” though he made it clear that an actual sequel is not currently being worked on.

Harris also revealed that one person from the development team is working on additional mapsand that, “if time allows,” said maps, along with some bug-fixes, will be pushed out — though no date has been pledged.

I have no doubt that many Ascend players out there are disappointed about this; what’s your take on all of this?