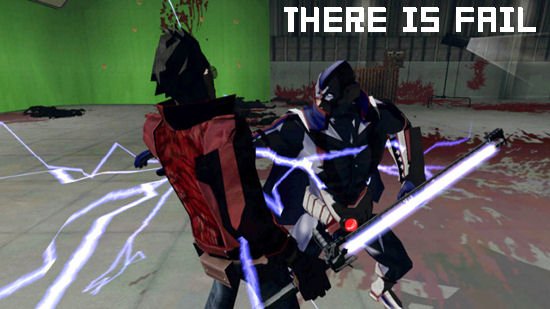 Censored blood or not, I’m still a big fan of Grasshopper’s Suda51, the eccentric creator of Killer 7 and the new Wii game, No More Heroes. Sadly, it seems not even his native Japan appreciates his abstract work as No More Heroes kicked off to a disasterous launch in the man’s home turf.

Suda and executive producer Yasuhiro Wada were on hand to sign copies of the game and give out the promotional toilet paper we’d all heard about, but after twenty minutes, not a single person had bought the game. Ouch! It’s rumoured that a Famitsu reporter, there to cover the washout, eventually went ahead and bought a copy himself.

Horrible news for a very talented individual, but maybe it’s the curse of third party Nintendo titles kicking in. The Wii has clearly found its niche in the toy/family territory by now and obscure, heavily adult and unestablished IPs like this are bound to have a hard time getting recognized among Nintendo’s first party games. While the Wii could have been a breeding ground for quirky games such as No More Heroes, I don’t feel they have much of a home there anymore.

With any luck, No More Heroes at least sells enough copies somewhere. I’d hate to see Suda’s creativity stifled because people just want the same old stuff in their games.