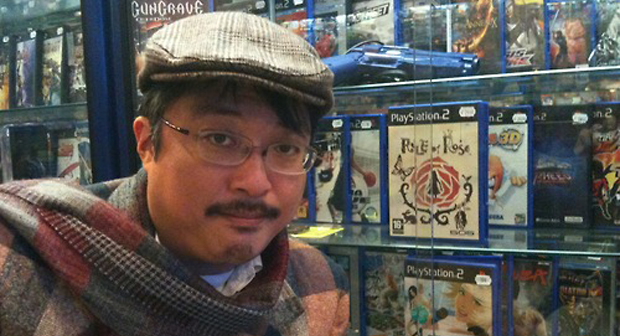 Games that go beyond simple power fantasy motifs have been growing in prestige and popularity. Journey, The Walking Dead, and Cart Life are just three warmly embraced, award winning modern releases that defy expectations regarding what a mainstream game can be.

A lot of these games are associated with the Western “indie” scene, but Japanese devs have been putting out work bent in that direction for years. Take Yoshiro Kimura for example. He commandeered the kissing adventure game Chulip, the existential RPG Moon, the evil children survival horror epic Rule of Rose, worked on story and direction for whimsical surrealist classics like No More Heroes and Little King’s Story, and many others. With a pedigree like that, you’d think he wouldn’t have any problem getting a new game made, but according to Twitter, “This miserable Japanese guy can not get money from crowd funding for creating” a new videogame.

This set off a conversation between Kimura-san, Teenage Pokemon/Cat Girl Without Salad artist Lindsay Collins and myself about how we feel Kimura could find success in the crowd funding world. Though Kimura hadn’t heard of Destructoid before (he thought we were a part of the “Entertainment Information Web”), he seemed quite ready to take any help he could to “make game like strange short poem“. It sounds like all he needs is a Western team to help him put together a Kickstarter.

I suspect that the game he’s talking about is the one he pitched at this year’s BitSummit, the one about a naked policeman trying to get his clothes back from underground creatures. Sounds like a potential hit to me. Katamari Damacy creator Keita Takahashi is teaming up with western game enthusiasts Venus Patrol on a similar sounding project. If Takahashi-san can do it, why can’t Kimura-san? Get in there and help him, Western-people!