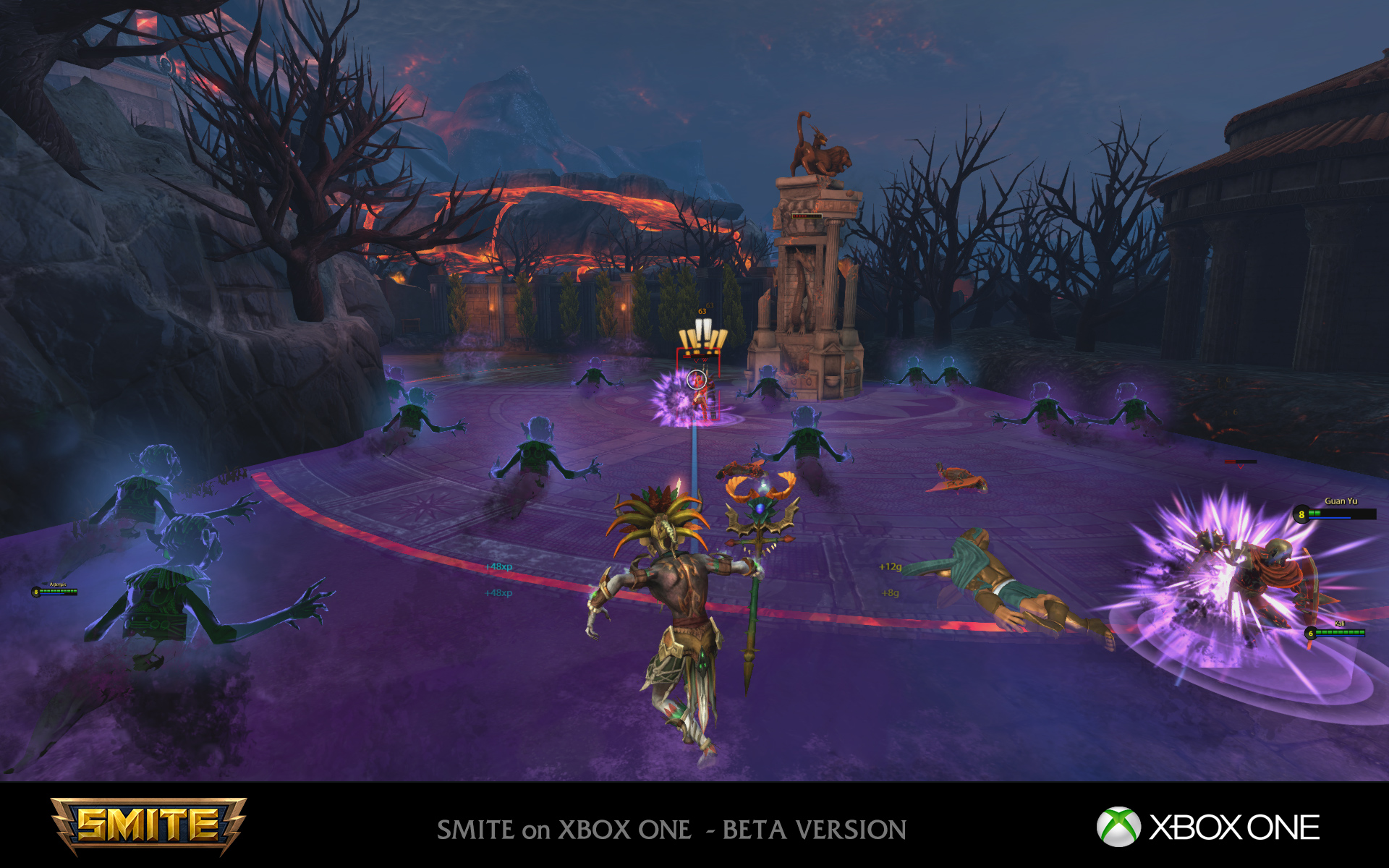 Thanks to its third-person gameplay and familiar mythological characters, SMITE was one of the few MOBAs to win me over. That was years ago, and I’ve long since lost interest. But now that the game’s closed beta on Xbox One has opened up, I think curiosity might just get the better of me.

As before, PC players can link their accounts to claim a free Zeus skin and also use a one-time merge to copy “select progress and items” over to SMITE‘s Xbox One version. Your accomplishments in the beta will transfer to the full game when it releases later this summer.

I’m looking over the updated character lineup now and, wow, it sure has grown. There’s a squirrel!