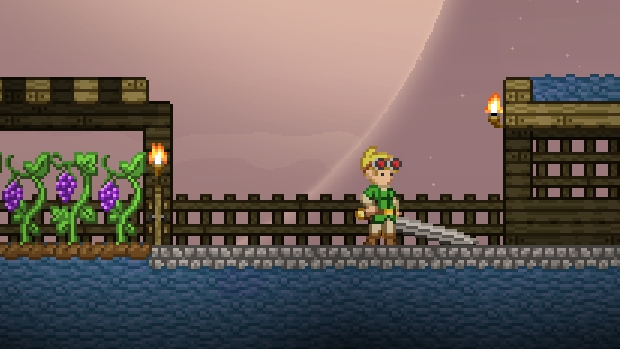 Now is the time to start playing

Earlier this month we heard that the highly anticipated Starbound patch that would eliminate any future character wipes would be coming within about a week. Though it took a bit longer than that, we can all rejoice, because Chucklefish let us know in a post on the Starbound development blog today that it is finally out.

Players who have been at it since the beta opened in December can now start a character that won’t be lost to the ether with future updates. If you’ve been holding out, now is the time to start. One thing to note is that Chucklefish hopes existing planets won’t be wiped in future updates, but is not guaranteeing it.

Some other fun additions in this update are a savanna biome, new animations (so characters no longer eat bandages to heal), new alien attacks to avoid, landmines, and more.