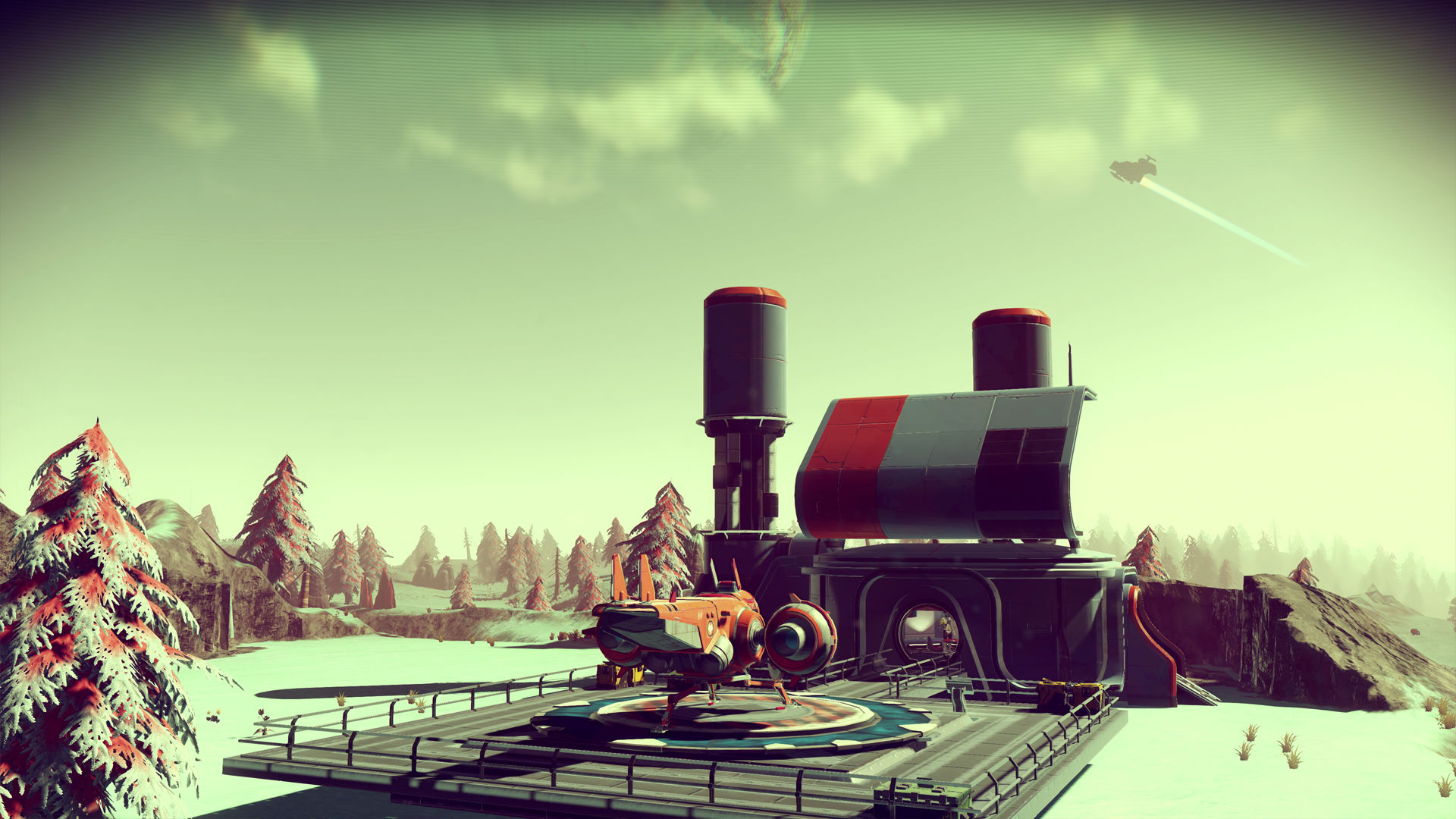 These days it’s not uncommon for a big game to have a day one patch that irons out some odd bugs or even activates a feature or two, but it’s still a rare thing to have a doozy like the one planned for No Man’s Sky‘s opening day.

In an update on Hello Games’ blog, founder Sean Murray outlined a number of significant changes incoming with the game’s 1.03 patch, slated to debut alongside the game going live August 9th on PS4 (and three days after that on PC). You can check out the more detailed patch notes below, but the headliners include new story “paths” through the game (one of which was rewritten completely), large expansions to both ship and personal inventory space, tweaks to the game’s universal generation algorithm that increase diversity game-wide (galaxies get a ten-fold upsize!), more behavior for fauna, major adjustments to combat and trading, and even adjustments to increase the chances that players may encounter each other (or each others’ scanned planets) in-game.

Murray even noted plans to add more graphical upgrades to the game, as well as the ability to build space stations and own large trade freighters with future updates.

Looking at the patch notes practically makes the version that some press and day-zero players are plumbing look like a beta version of what the rest of us are going to get, which will be good news to folks who paid attention to the leaks and found themselves disappointed. I guess we’ll see how it turns out next week.

When we went gold five or six week ago, we posted on twitter, and literally every reply was like “hope you are going on a nice holiday!”. Some of us have, but I didn’t want to, not yet. I pictured myself somewhere staring out the window thinking about this game I’ve been working on for five years.

We’re under a pretty intense spotlight right now, and hopefully it’s easy to imagine how hard it would be to switch off from that, or how deeply we care about people’s first impression of the game.

In fact most of us were back here the day after we went gold, working on this update. We’re already proud of what we put on a disk, but if we had time, why not continue to update it?

Hello Games will continually update No Man’s Sky this way. This is the first of many.

It will be available on Monday for press for review once it exits submission, and on launch for public on PC and PS4. We expect future updates like these to continue to be free.

For 99.9% of people, all you have to do is install the update before you begin to play.

If you had an early copy somehow, your save game will technically work post update, but you will miss out on new content and experiences if you don’t delete your save before updating (should be obvious why from notes below). We highly recommend deleting your save if you have played before updating your game (we won’t do this in future, but it’s a day zero update).

Servers will be wiped on Sunday and again Monday in the lead up to launch.

Beware these notes contain some spoilers. Here are some things our little team has been up to over the last four or five weeks:

I grew up reading Carmack’s .plan files for Quake, so it’s fun to be writing one of my own 🙂

Next up we’re adding the ability to build bases and own giant space freighters. Temporal AA and my new cloud rendering tech should be coming soon too. It will really change the game again, and enhance it visually.

This universe we’ve built is a pretty large canvas, we’ve got a lot of ideas. This is the type of game we want to be.