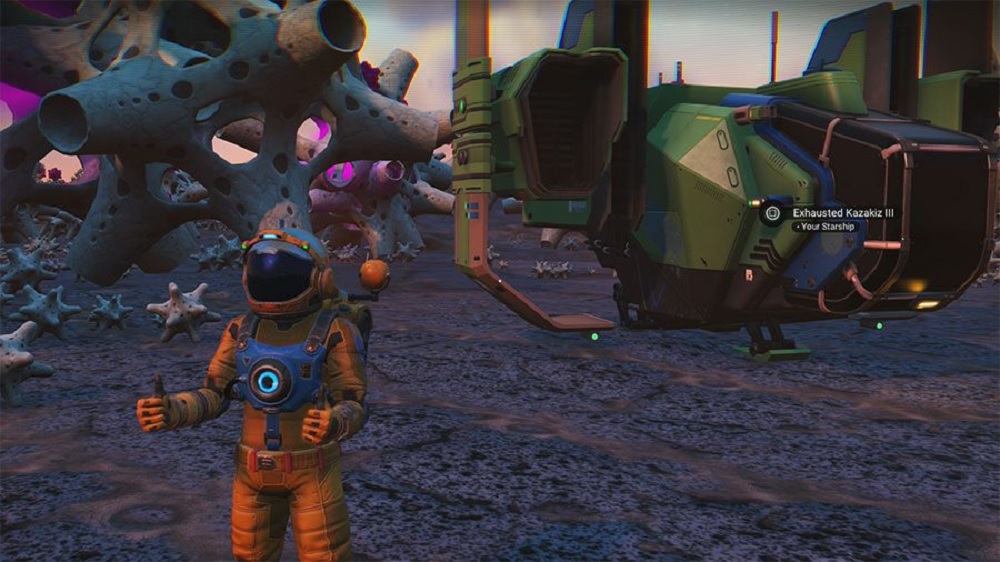 No Man’s Sky Next launched yesterday and brought a pretty substantial amount of content with it. Any of the new features could be a selling point to a specific person, but the inclusion of a fully fleshed out cooperative mode was easily the biggest addition to the game. Sadly, if you bought the game on GOG.com to avoid any of the DRM associated with Steam, you’ll likely have noticed that multiplayer option is entirely absent.

This absence wasn’t announced by Hello Games or GOG before the launch of the update, but a couple of hours after it went live. According to a joint statement made by the two companies, “For a small, independent studio, developing the feature [multiplayer] across multiple platforms is a hugely ambitious and technical challenge which resulted in this delayed release. Hello Games is, however, joining forces with GOG.COM to introduce full multiplayer via the GOG Galaxy platform.”

The timeline is to have the multiplayer present for the GOG version sometime later in the year. As you may have noticed in the statement, it will be exclusive to the GOG Galaxy platform, meaning you’ll need to install GOG’s downloadable client to gain access. I’m pretty sure that will defeat the purpose of buying from GOG for many people, but this is likely to conjure up memories of Hello Games’ overly ambitious marketing leading up to the game’s original 2016 release.