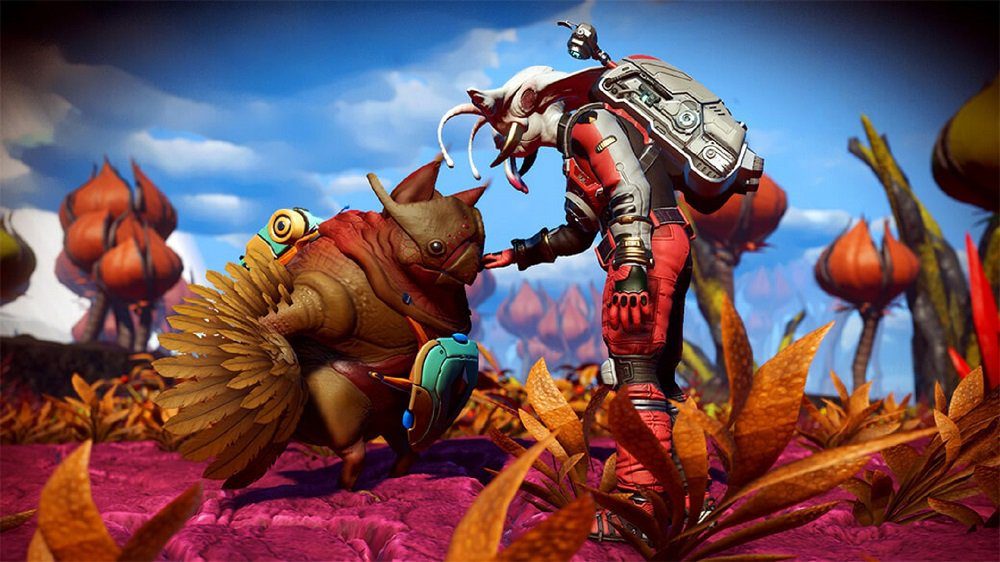 Hey there did I tell you ’bout my alien friend?

For all of you dedicated explorers of infinity and beyond, Hello Games has launched the newest update for its intergalactic explorer No Man’s Sky. And if you’ve been feeling a little lonely on the journey into the vast unknown, then you’re about to get some company.

The “Companions” update adds the option to adopt, train, and, of course, love a wide variety of strange alien creatures, who will then accompany you as you trek through uncharted worlds and uncover further yet-to-evolve species. If you fancy PLAYING GOD, then you can also play around with the eggs of your pal, in order to breed brand new species, not unlike the abomination that hung out with the heroes in the Pole Position cartoon. Check the action out in the new trailer below.

Up to six creatures can be befriended at once, and they will learn and grow alongside you, reacting to your emotes and actions, while helping you out on your sojourns by locating resources, digging up treasures, providing light, and fighting enemies, as defined by each creatures unique personality and capabilities.

In addition to the new Companions mechanic, today’s update feature a huge slew of balance tweaks and bug stomps, all of which you can check out in the official patch notes right here. While No Man’s Sky might never quite remove the negative reputation that surrounded its 2016 launch (2016!) the open-world sci-fi epic has certainly gone some way to expanding and fine-tuning its fantastical universe, offering its dedicated community hours upon hours of time-melting, star-hopping experiences.