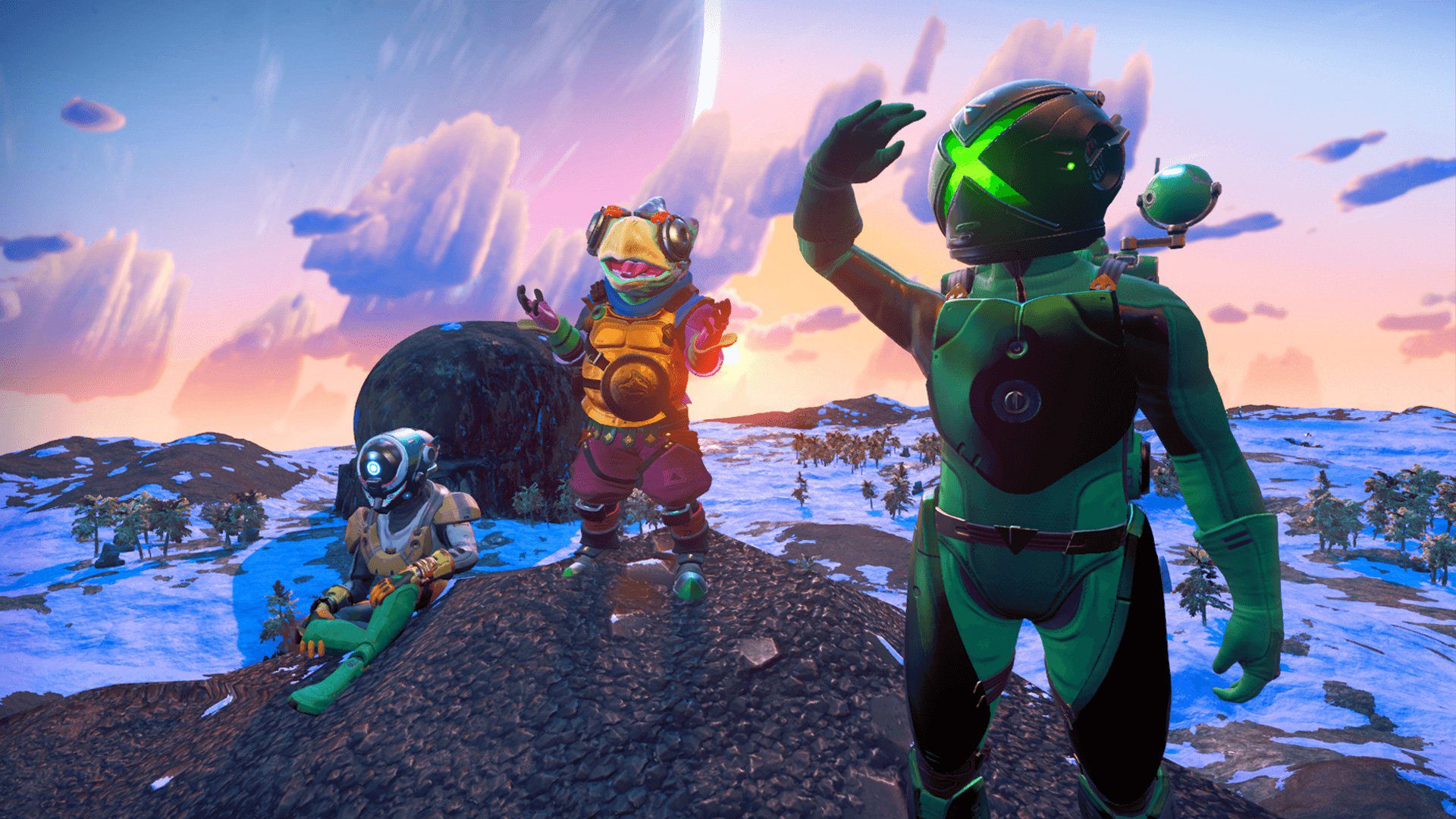 Cross-platform multiplayer – you love to see it

Starting June 11, No Man’s Sky players can team up for space-faring shenanigans regardless of what platform they’re on. In an update, Hello Games is adding cross-play support on PC, PlayStation 4, and Xbox One. You’ll see a little icon above other players’ heads to denote what system they’re playing on.

You’ll also be able to form a cross-platform group of players during an active game session, and apart from system-level friends (like your Steam friends), there’s an in-game No Man’s Sky Friends list.

“Once in a group with a player, you can use the same interaction to quickly add them to your No Man’s Sky Friends, allowing you to quickly find and join their game again at another time.” If they’re not within immediate reach, you can also manually add people to your roster with a unique Friend Code.

I appreciate it whenever developers let me have game-specific friend groups.

Talk about a wild turn of events for a game that lacked meaningful multiplayer interactions at launch. That early letdown was one of the biggest “wait, this isn’t all it’s cracked up to be” moments for me.

No Man’s Sky has seen so much positive change over the years, and it’s not slowing down. Sean Murray says the team is “continuing to work hard on new content updates, large and small for the future.”

The developers “moved to an entirely new networking architecture, with more flexibility for the future.”

If you’re inclined to give it another chance – or if you never set out to find the center of the universe in the first place – it’s worth mentioning that No Man’s Sky is joining Xbox Game Pass tomorrow, June 11.

You can skim the rest of the patch notes (including VR improvements!) over here.