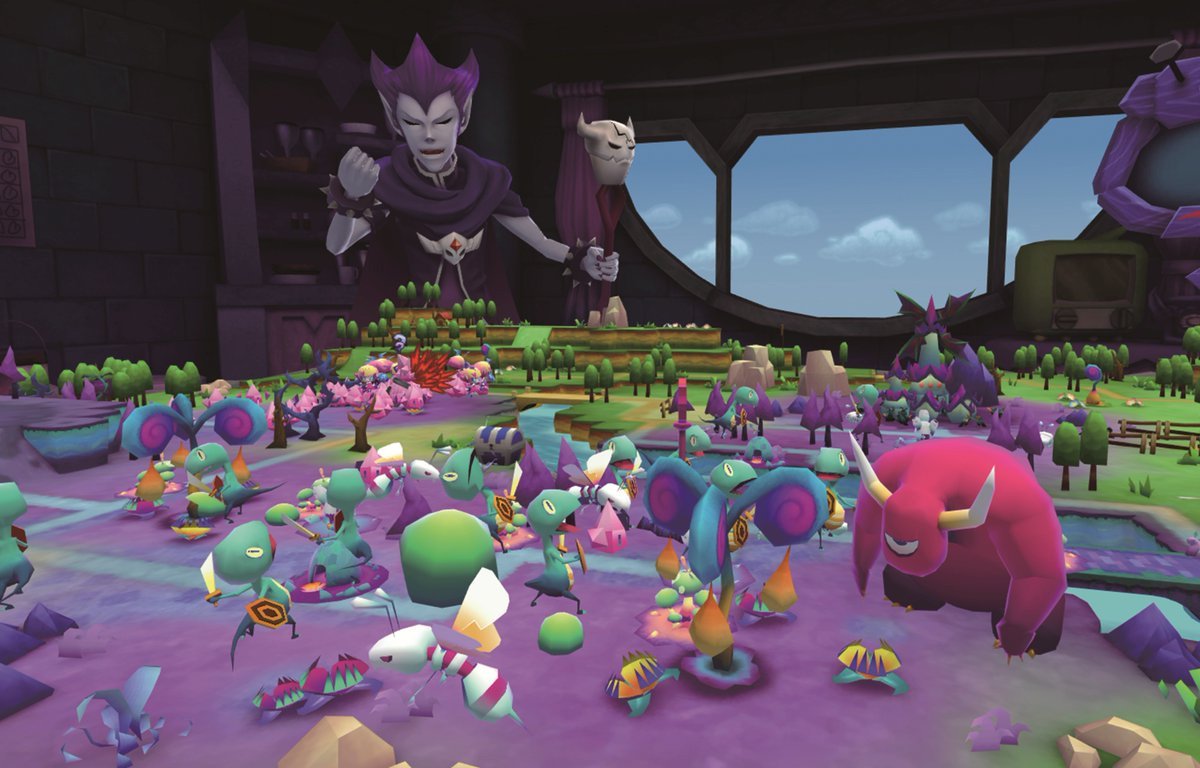 It should be a great fit for PSVR

The wacky dungeon strategy series What Did I Do To Deserve This, My Lord!? was my absolute jam on PlayStation Vita, and it’s a pleasant surprise whenever a new entry is greenlit. No Heroes Allowed VR is coming up next, and while it’s a niche proposition, I’m personally excited as hell.

It’s the same monster-breeding, ecosystem-managing format but translated to 3D. The last PSVR game I played, Dino Frontier, nailed the diorama-like sensation of virtual reality. I hope this will too.

Raise diabolical monsters in your quest to conquer the world! No Heroes Allowed VR launches October 17 on PS VR. pic.twitter.com/aKD9ILHH2S

I like to think that I keep decent tabs on PSVR releases, but even I had forgotten this game was in the pipeline. Hopefully Sony makes some more noise about it before the mid-October launch.

Also, I had to quadruple-check that I didn’t inadvertently write “No More Heroes VR.”