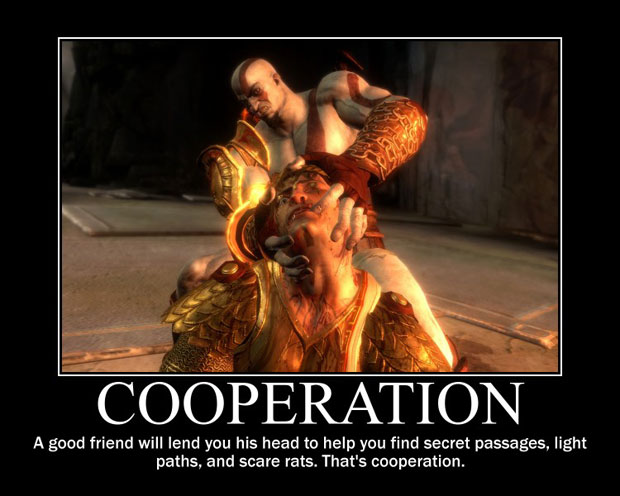 You know what sounds like a bad idea? God of War III with an online cooperative mode. That is, of course, unless Kratos had a wise-cracking minotaur sidekick. That would be awesome.

But despite rumors which pointed to the upcoming PlayStation 3 title featuring a co-op mode, that doesn’t look like it’s happening. Speaking with IGN, a Sony spokesperson shot down the rumors, calling the news “unfounded.”

“God of War III will not have an online co-op mode,” the rep said.

Wait, the rep only said “online co-op”! What about splitscreen!? Okay, let’s give it a rest — it’s not happening, right? This matches what the game’s design director, Todd Papy, told me back in February.

“This is a solo campaign,” he said. “Kratos has never really had a buddy for the trip so … but we are looking at downloadable content, and also Home support.”

Yes! A God of War space with Kratos Checkers and Harpy Chess, please.