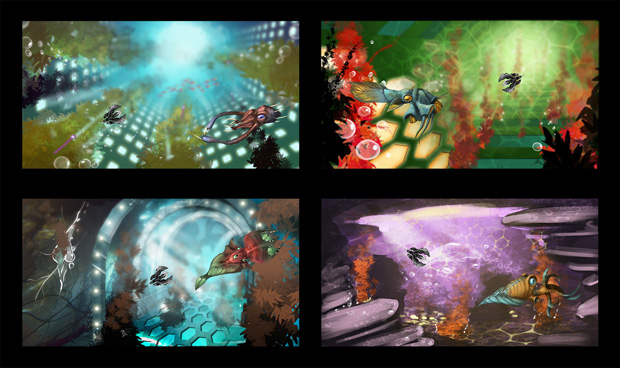 ‘Should HBO make one TV show at a time?’

On Friday, Rust developer Facepunch Studios offered an early look at another of its games, Riftlight. It’s an arcade shooter with classes (including melee), loot, and abilities. What was pictured was early — though it already shows promise — and talking about the game now fits Facepunch’s open development approach. But with this being the Internet, people got upset.

“How you gonna start a new game with the other one not even finished?” asked one commenter. “Finish the damn game first, lazy ass developers! Even if it’s a different team, focus on one at a time, goddammit,” said another. “PS4 master race.” Oh, commenters.

Facepunch’s Garry Newman responded to these complaints and more in a blog post. “Our strategy at the moment is to hire talented people to make the games they want to play,” he said, noting that multiple prototypes like Riftlight are being worked on at the company. “We are spending money Rust and Garry’s Mod make to do this. Arguing that we should be re-investing that money back into only those games is like telling apple they can’t spend the money they made from iPhone and Macs to fund the development of the iPad.”

Lately, there’s been confusion about whether or not Rust is still being made — it is, but it’s undergoing a reboot. “Some commenters have expressed their feelings that they ‘funded’ Rust and we’re running off with the money,” wrote Newman. “None of this sentence is true. We funded Rust for 1-2 years before it eventually became what it is. You bought early access to it.” Also, “the people who work on Rust are working on Rust. They’re not working on prototypes.”

So, that’s what Facepunch has been up to lately. I had planned to cover Riftlight on its own merits eventually but wanted to wait until it was further along. Then this stuff happened. “I am guessing that a lot of game developers bigger and smaller than us have multiple prototypes in the works, but they aren’t showing them to you,” said Newman. “The only thing that makes our situation remarkable is that we’re willing to talk about our process and show our experiments.”