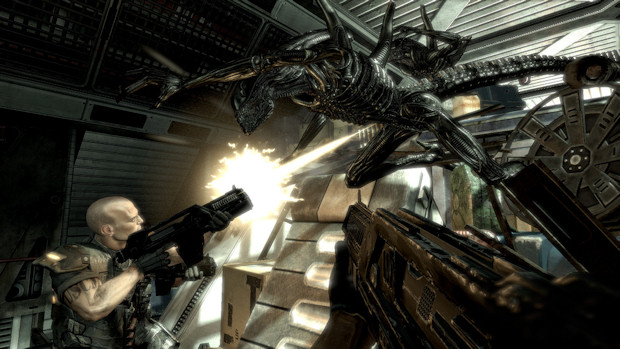 “Well the one thing we can say is obviously running an operation like that is monumentally expensive,” says Brickley. “For the period the original was up, people who played that game got an incredible experience.

“You know what the internet’s like. We’re obviously used to getting things for free over the years. I guess on our side the thing we’re focusing on is whatever your set-up at home, you get the best possible experience from it. We’re just trying to use our time and resources wisely.”

Brickley will neither confirm nor deny the existence of dedicated servers, but his final point seems to give a clear indication as to which way the wind is blowing: “As I said the game is still quite a way from release so I guess there are other things to be determined during that time.”

Could this be the shape of things to come for PC users now? Has Infinity Ward ushered in a new era of console-themed multiplayer on home computers? What say you to this new and apparently unwelcome age?