A game within a game

I’m glad I came across this trailer, because if I hadn’t, I might’ve overlooked Stories Untold.

On the surface, this is a text adventure game, but that simple descriptor doesn’t quite encapsulate it, as evidenced by this intriguing teaser. Stories Untold is a “compilation tape of four episodes from the now cancelled series of the same name, including a remaster of the original pilot episode ‘The House Abandon.'” Know it? The pilot was and still is playable for free through indie gem collector itch.io.

The developer, No Code, has partnered with Devolver Digital and they’re set for a fast-approaching February 27, 2017 launch on PC. I didn’t play The House Abandon, but I’ve heard good things. 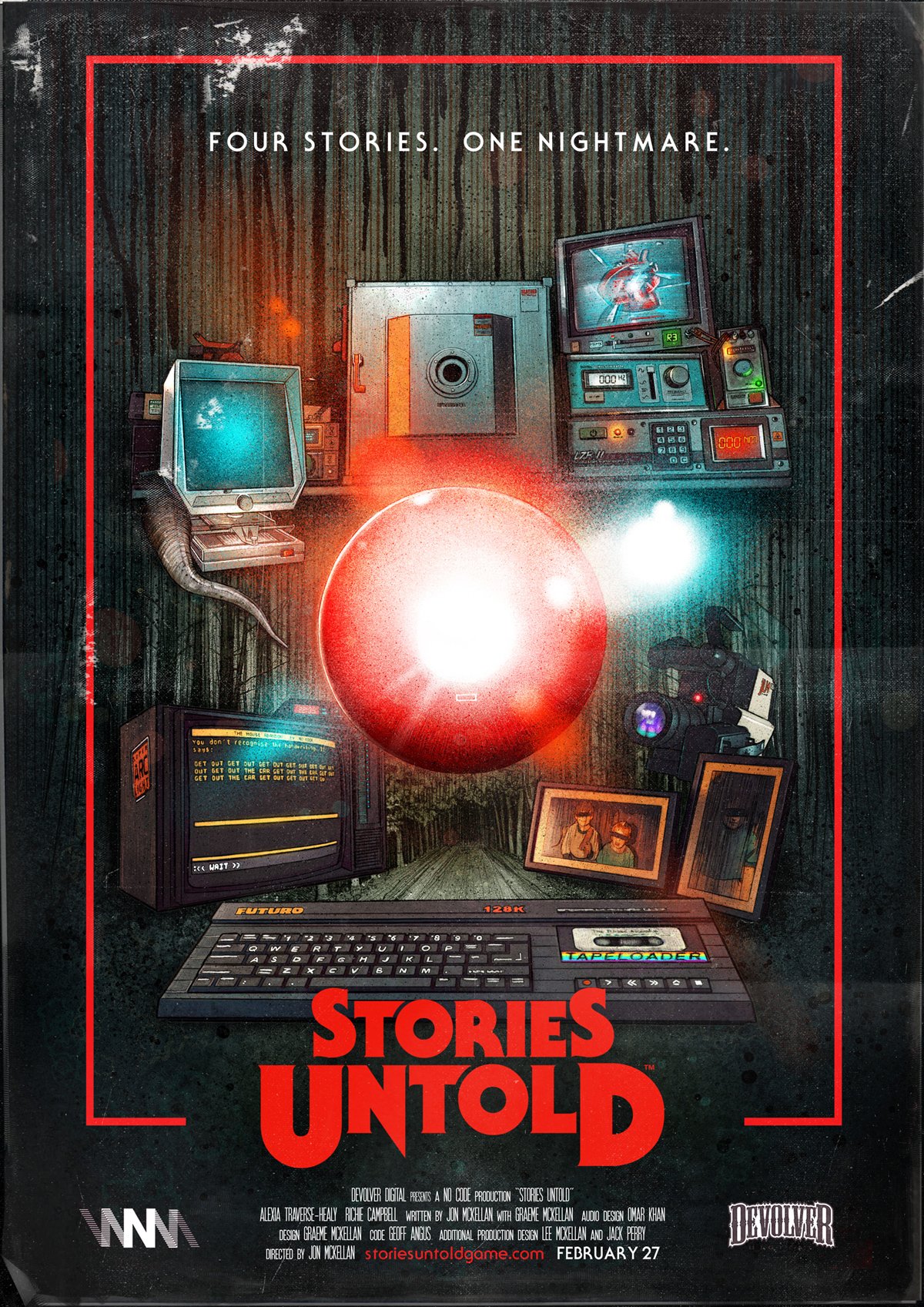 This might look suspiciously familiar if you’re into a certain popular ’80s-set Netflix Original series. Worth noting: the poster’s creator, Kyle Lambert, was also commissioned for Stranger Things.