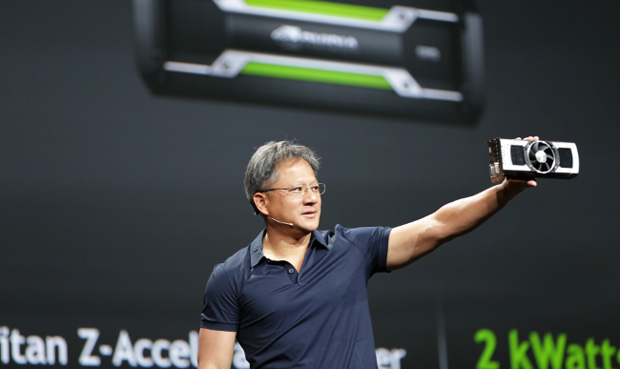 The Titan Z is built around two GK110 chips “tuned to run at the same clock speed” and was “engineered for next-generation 5K and multi-monitor gaming.”

During the reveal, Huang said “If you’re in desperate need of a supercomputer that you need to fit under your desk, we have just the card for you.” Heh, “desperate.” Funny word to use in the context of a several-grand beast of a GPU.