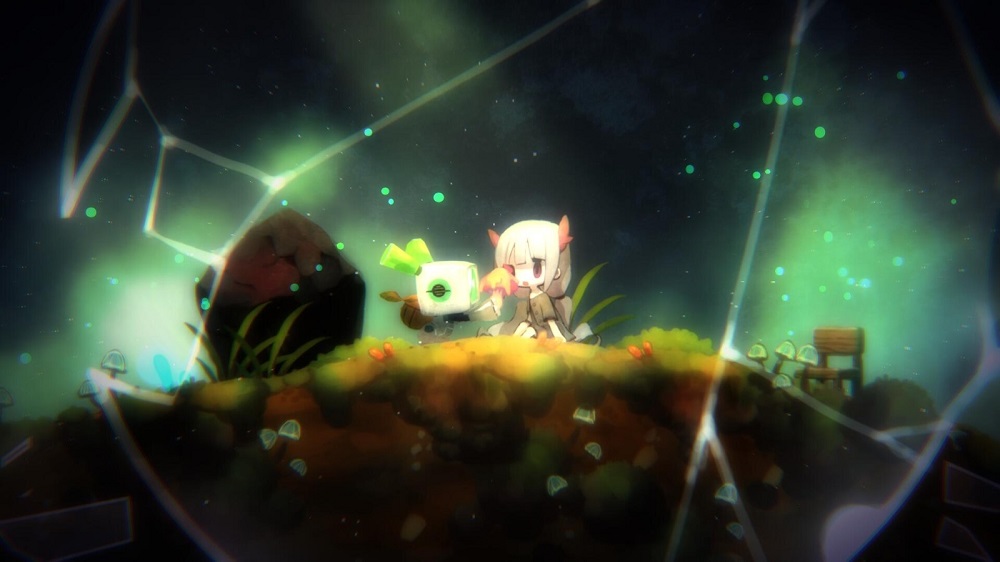 Last week we reported on a mysterious new teaser site, courtesy of publisher Nippon Ichi Software. The site has since unpacked some of its secrets, and revealed a brand new JRPG, blessed with the tricky title of void tRrLM(); //Void Terrarium.

As reported by Dengeki Online, void tRrLM(); //Void Terrarium (let’s just go with “Void Terrarium“) is the story of an utterly devastated planet, and the discovery of a young girl, Toriko, perhaps the last remaining human. Randomly rescued by a reactivated service bot, Toriko is placed in a special terrarium, to keep her safe from the toxic fungi that now encases the world. You can check out the characters in the gallery below.

As the little droid, players must cater to Toriko, providing her with food, water, medicine and other supplies, as she cannot leave the safety of her private bubble. It appears that Void Terrarium will cycle between the bot exploring dungeons for supplies, and Toriko, managing her new digs and attempting to turn them into a sustainable home. Quite a cool and unique premise, I think. Even if that fungi growing out yer girl’s eye makes my skin crawl.

Void Terrarium will launch in Japan January 23 for PS4 and Nintendo Switch.