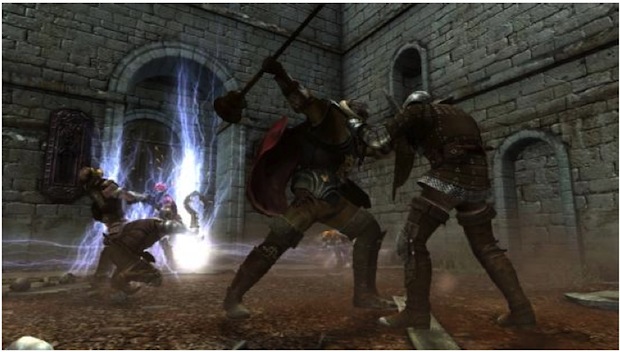 NIS America has plans to release Acquire’s latest multiplayer action title, Clan of Champions, later this summer on the PlayStation Network in both North America and Europe. Later this year the game will also launch on Steam.

Clan of Champions is a medieval style hardcore multiplayer action game where you’ll play as either a human, elf, or orc, taking on missions in either solo or 3-player co-op play. There is also a 3-vs-3 battle mode to enjoy. NIS says that you can strip your enemy of their gear in mid-battle and take it as your own to use.

Does this seem like something you’d get down with?