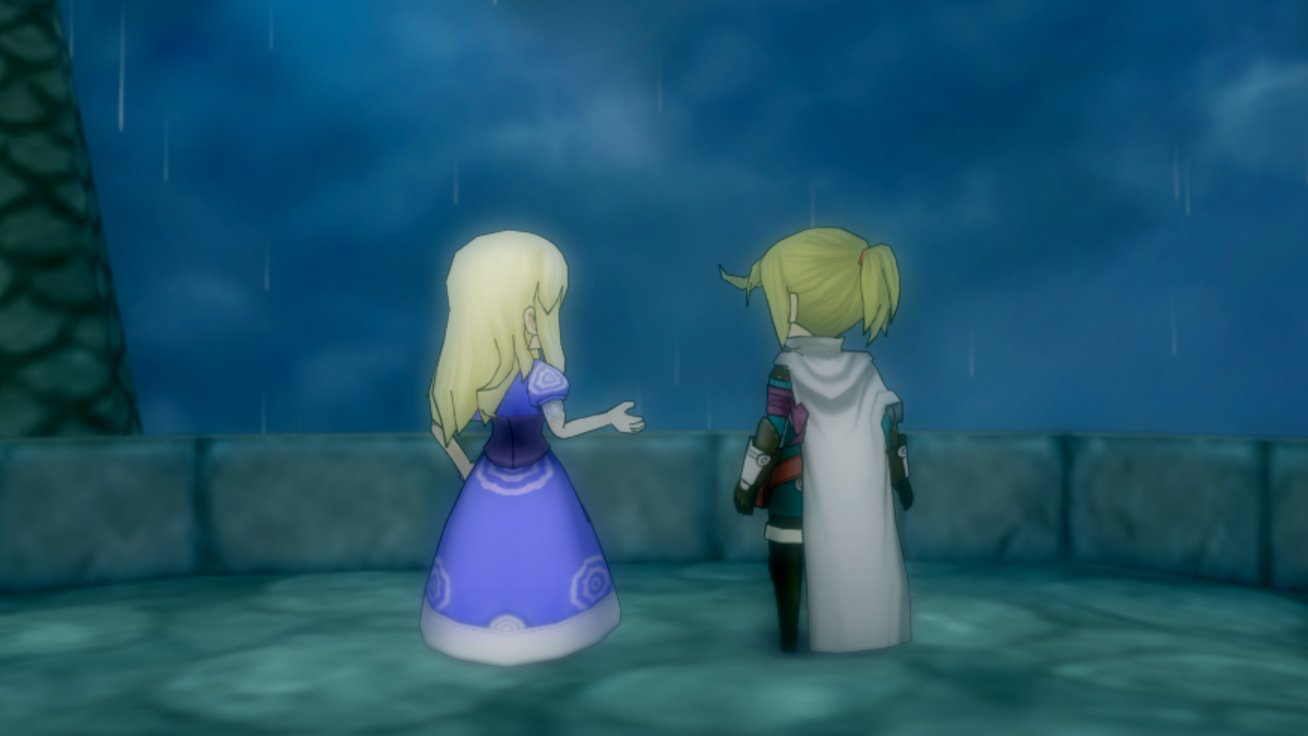 A port, a remaster, and a new game

Each year, NIS America puts on an event in San Francisco for the press where the company highlights the games it’s publishing in the coming year. Last February, the talk of the show was SNK Heroines: Tag-Team Frenzy, the bright and sparkly fighter that made its debut on Switch and PlayStation 4 last fall. This year’s event was a lot more demure. All of the games on display were already known and some of them have already been released. But during a short video presentation that aired for fans this morning, the company announced three more titles it has in the pipeline for the next 12 or so months: The Alliance Alive HD Remastered, Utawarerumono: Prelude to the Fallen, and Destiny Connect: Tick-Tock Travelers.

The Alliance Alive HD Remastered is an HD port of the Nintendo 3DS title that launched outside of Japan last year. Originally published by Atlus, Alliance sports a beautiful watercolor art direction and a story penned by Suikoden creator Yoshitaka Murayama. When I reviewed it last year, I found the story to be endearing but didn’t really connect with the gameplay. Wasn’t my cup of tea, but if you want to try it out for yourself, The Alliance Alive HD Remastered will launch this fall for PlayStation 4, Switch, and Windows PC.

Also coming this fall is Destiny Connect: Tick-Tock Travelers. The RPG introduces protagonist Sherry who, along with her friend Pegreo and the time-traveling robot Isaac, must figure out why time stopped at the stroke of midnight at the turn of the millennium. Tick-Tock Travelers features traditional turn-based combat and higher production values that I’m used to seeing out of NIS. It’s also aimed at younger players or those new to the RPG genre. The story comes from the creator of The Longest 5 Minutes and players will be able to customize Isaac with different gears that change its appearance. Destiny Connect: Tick-Tock Travelers will launch on PlayStation 4 and Nintendo Switch with the latter console receiving a special edition at launch.

Finally, in 2020, NIS America will bring players the first game in the Utawarerumono series with Utawarerumono: Prelude to the Fallen. Scheduled for release on PlayStation 4 and digitally for PlayStation Vita, Prelude originally released for Windows in Japan back in 2002 before jumping to the PlayStation 2. The following two games in the series, Mask of Truth and Mask of Deception, made it stateside in 2017, meaning fans will finally be able to experience the entire series.

These three titles join a busy release calendar for the company that includes the incredibly eye-catching Lapis x Labyrinth and the highly anticipated Trails of Cold Steel III. As for which of these games I’m most looking forward to, I’m quite curious with what’s going down in Tick-Tock Travelers and deeply hope developer Nippon Ichi Software is able to pull it off.