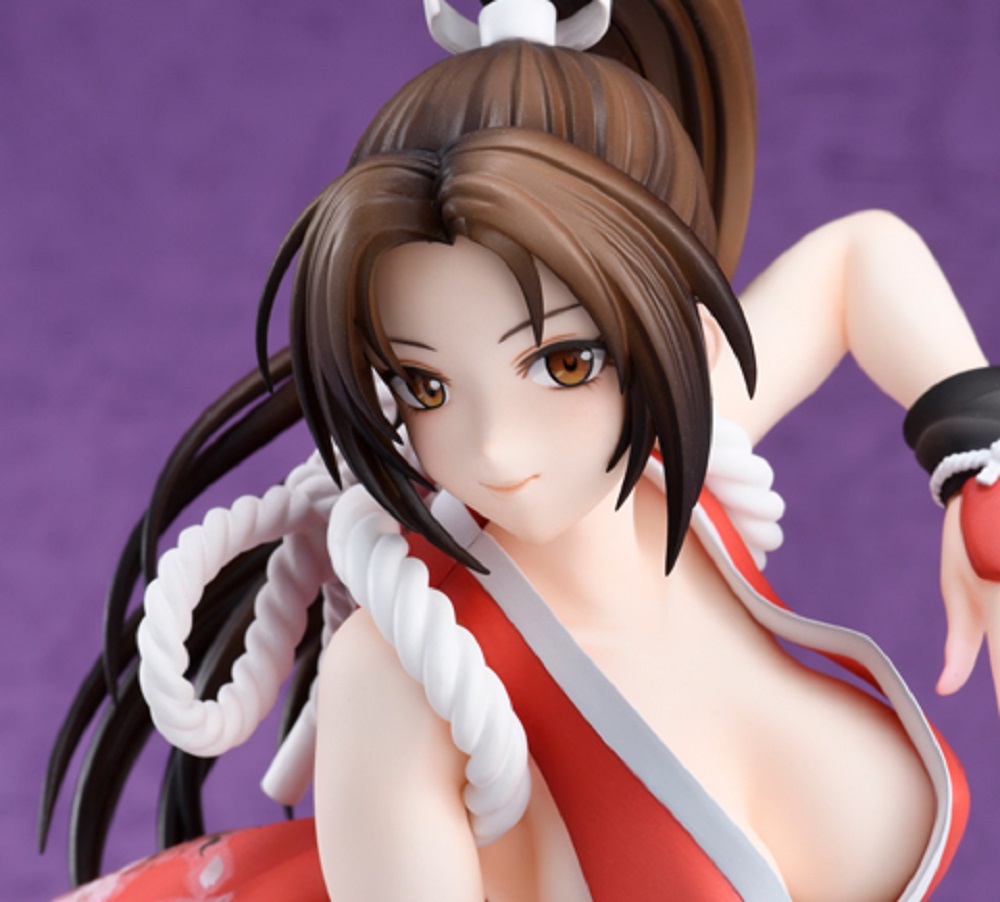 Outside of the Street Fighter cast, there are few fighting game characters more recognisable than SNK’s Mai Shiranui. This popular ninja gal has a been a figurehead for the company ever since her debut in 1992’s Fatal Fury 2.

Now you can have a Shiranui of your very own, as Hobby Japan have crafted this wonderful 1:6 scale figurine of the happy-go-lucky fighter. Mai stands at just over 10.5 inches, and is depicted in her trademark fighting stance. There have been a few figurines of Ms. Shiranui over the years, but this one has some really nice detailing going on. Notice the fabric patterning and hair-blending, for example.

Mai Shiranui is available for pre-order over at Play-Asia, priced at around $190/£140, not including shipping or any customs taxes. Mai is expected to ship in May of this year.