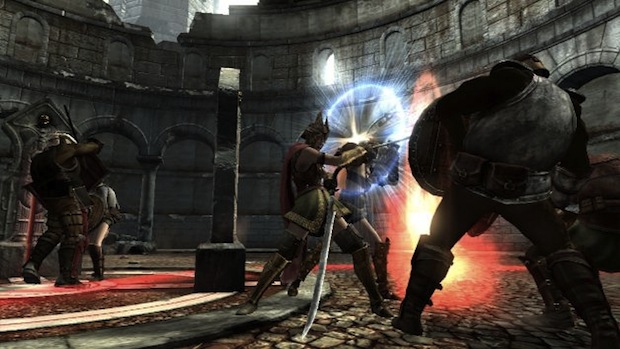 Clan of Champions (Gladiator Versus in Japan) is a PlayStation 3 exclusive in Japan, but here the game will also be an Xbox 360 title as well as available through Steam on PC, thans to NIS America. Wait, Steam? Nippon Ichi? And there’s more coming beyond this title, it seems.

In an interview with Siliconera, Haru Akenaga, President of NIS America, said that they’re looking at more titles for the PC digital distribution service.

“For PC, we are going to release several titles for Steam. I can’t say for sure, but in the future there may be a chance [to see other] Nippon Ichi titles on Steam.”

“We are planning to do something seriously with Steam,” Akenaga said. “At this moment, we cannot announce anything about our Steam projects other than Clan of Champions.”

This could be good. There’s a lot of Japanese stuff on PC that never hits our shores. There’s plenty of strategy titles they could jump on.