Just the other day, I caught Nioh out of the corner of my eye and wished I had a clone to level up my character during the day, as I worked, so I could finally dig into the Defiant Honor DLC. I’m way behind, to say nothing of the heightened difficulty options Team Ninja has added to the game post-release.

The third and final DLC, Bloodshed’s End, is due out September 26 for $10.

“This is the final phase of the Sengoku-era, and the end of William’s journey,” says creative director Tom Lee. “Other than additional main missions, sub missions, and Twilight missions, one of the most interesting features of Bloodshed’s End is a new mode called The Abyss. Here, the strongest warriors can test their skills in a perpetual battleground. This new mode offers epic battles and unique challenges for the most skilled players. We’ll have more to reveal on this mode before launch.”

That summary leaves room for interpretation and I am stoked. This is the game that keeps on giving. Even though it’s clearly padded out, I don’t mind. I have something to come back to every so often. 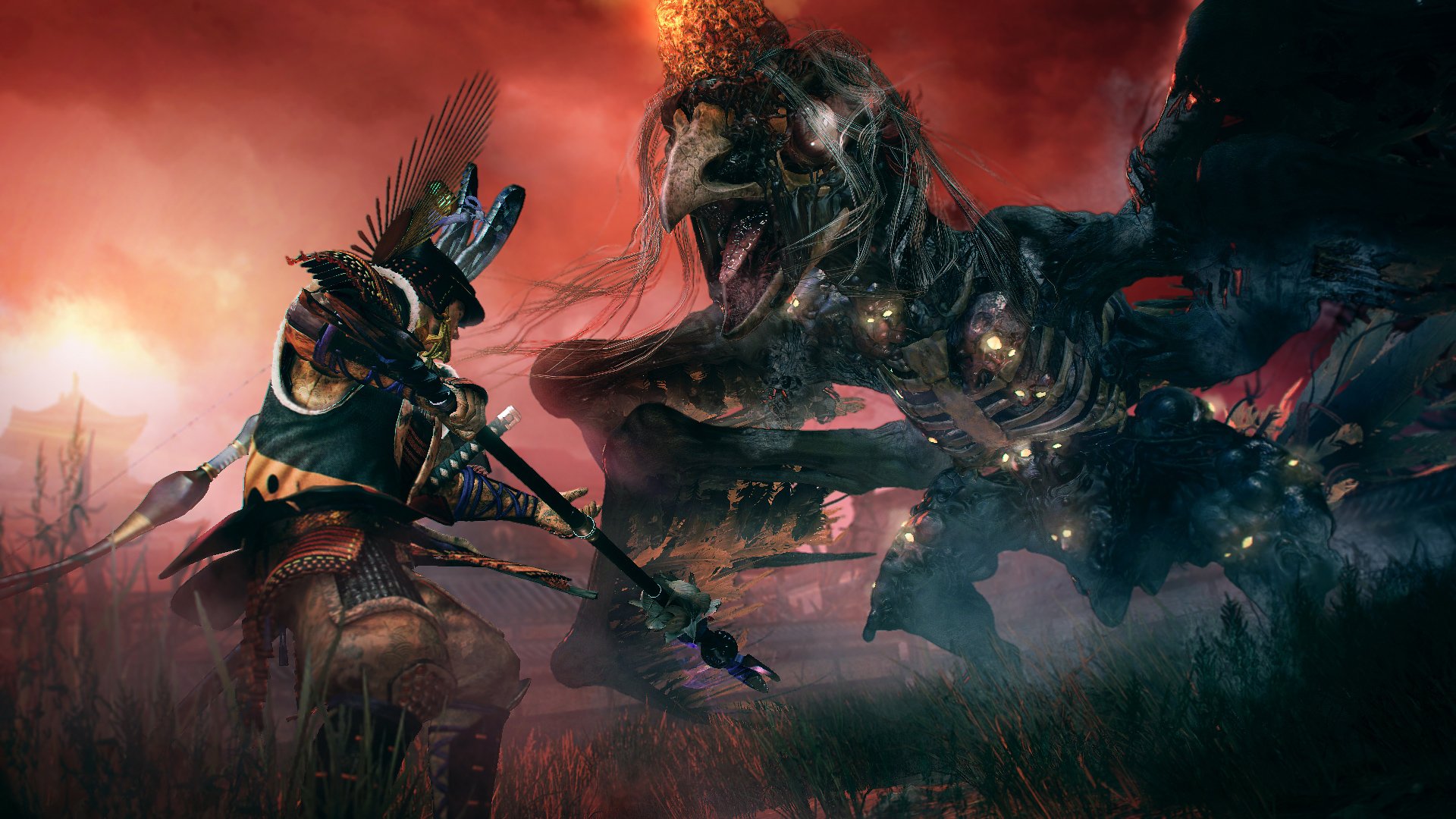 Also, this image has me feeling anxious. Raven Tengu give me more trouble than any other enemy in Nioh and I want nothing to do with anything beaked, thank you very much.