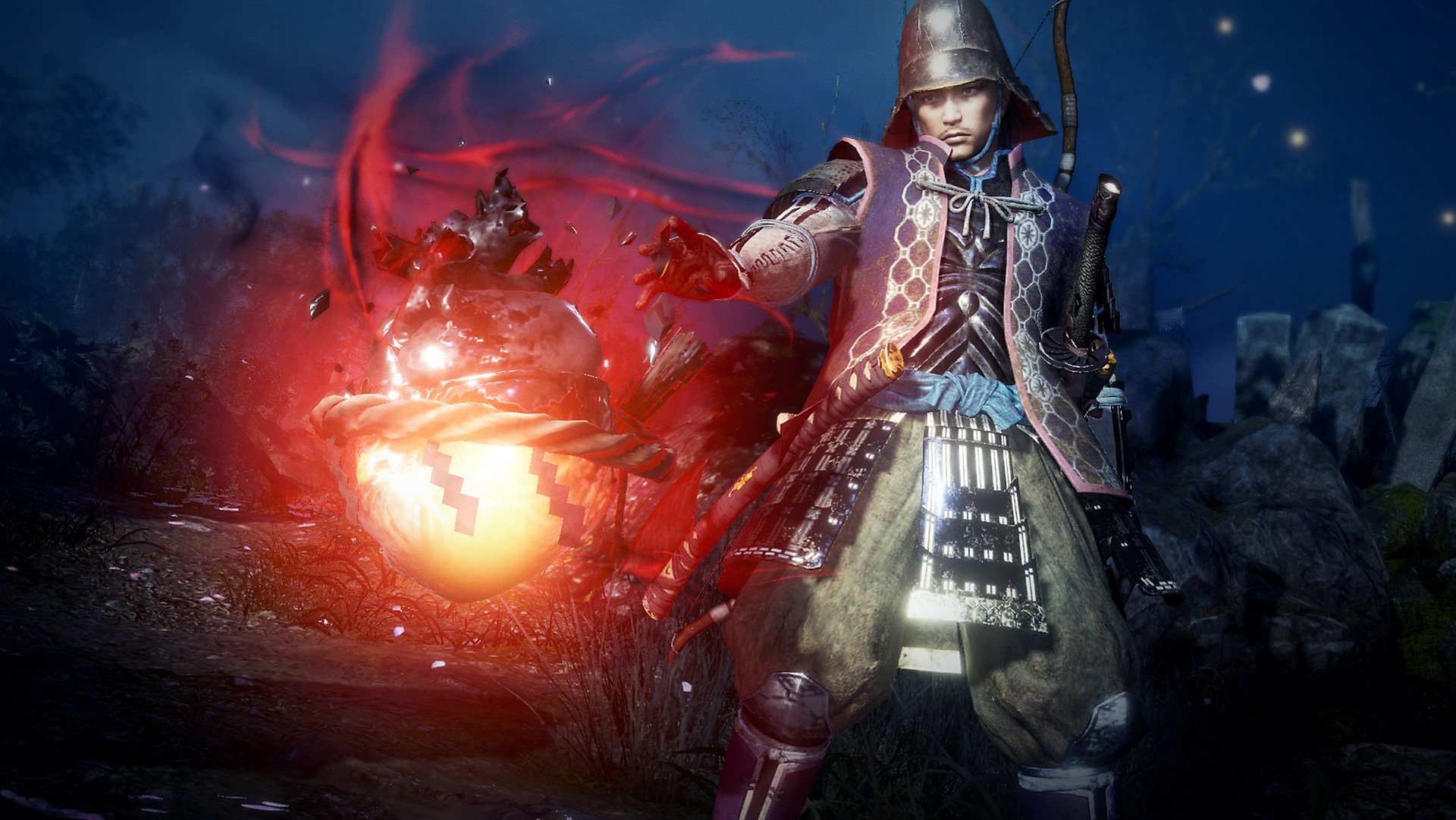 Team Ninja is continuously refining Nioh 2. I’m done with the game for now – apart from the never-ending incremental loot grind and some of the ridiculous weapon-specific Title challenges, I’ve finished everything I set out to – but I know that when I come back for the DLC, it’ll be in a better place.

This week’s 1.08 update is worth shouting-out for its Soul Core changes. Many of these collectible yokai attacks have been tweaked to be more powerful than before, and the developers have also increased the drop rate for some of the more elusive Soul Cores like the Infernal Oni-bi, Maelstrom Oni-bi, and Thunderstorm Oni-bi (the red, blue, and yellow floating demon heads that spawn from lanterns).

Those particular Soul Cores were hard for me to track down. I had to go out of my way on a specific level (Abduction) with Shrine and gear boosts to increase my Soul Core drop rate, and it was still a grind. If you’re working toward the gotta-catch-’em-all Soul Searcher trophy, 1.08 should help a lot.

As a side-note, you can figure out which Soul Cores you’re missing for the trophy by going to the Shrine menu, Soul Fusion, Select a Soul Core, Selection Settings (by pressing the Square button), Filtering, and then clicking on the blank Item Name field box. You’ll see a historical list you can cross-reference.

On the flip side, my go-to Soul Core, Otakemaru, has been hit with an understandable nerf – it now does less damage to Gyuki, Lady Osakabe, Daidara Bocchi, and Shards. It’s still overpowered, so I’m fine.

A bunch of “ineffective” and “underpowered” Soul Cores like One-Eyed Oni, Abberant Soldier, and Tesso were given buffs for better damage, accuracy, and ease of use, among other tweaks. Team Ninja says these adjustments are meant to “achieve a more balanced and well-rounded experience.”

A number of weapon skills were adjusted, too. Here are the patch notes (via Gematsu):

Adjustments focused mainly on abilities that felt underpowered and / or ineffective in order to achieve a more balanced and well-rounded experience for the player.