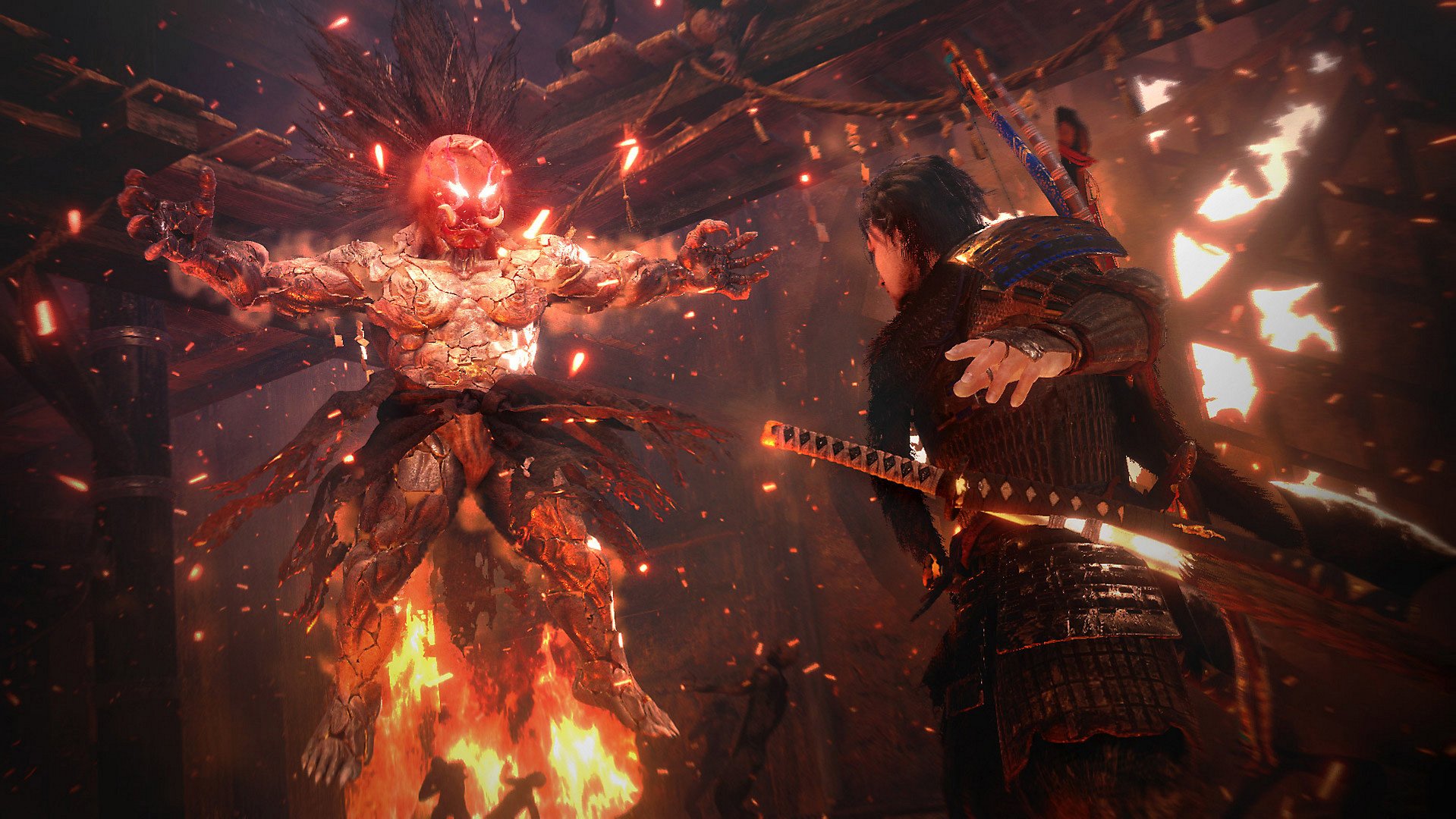 Magic and traps can quickly fill out your skill trees

If you’re a returning Nioh player, you’re probably counting the seconds until you can unlock nodes on the Onmyo and Ninjutsu skill trees in Nioh 2 and start flinging your comfy old spells, buffs, and traps.

You’ll still want to keep an eye out in missions for Mage’s Locks and Ninja’s Locks, respectively – they award skill points like before – but in Nioh 2, you can also earn skill points by just playing. It’s fantastic!

I’m still waiting for some brave soul to crunch the raw numbers and figure out precisely which abilities earn “proficiency” experience points the fastest, but in the meantime, I figured a quick PSA was in order for new players. The sooner you can get points on your skill trees, the sooner you can begin using your Onmyo and Ninjutsu abilities to unlock newer, stronger stuff further down the skill-tree branches.

While farming proficiency, I’ve had the best luck with damage-dealing abilities, not passive spells. That goes for weapon proficiency, too, so try to fight beefy targets. If you have access to the dojo mission The Nine Symbols, particularly in New Game+, that’s the ideal place to grind out all nine weapons.

To check your current proficiency level progress, press the PS4 touchpad, scroll right to “Status,” and then hit the R1 button until you see a page with XP bars for all 13 skill trees (nine weapons plus Samurai, Ninja, Onmyo Magic, and Shiftling). This is a super valuable menu in Nioh 2 – it shows exactly how close you are to hitting the next proficiency level and earning a new skill point in each category.

As you might’ve noticed from this screenshot, I’ve maxed out my kusarigama proficiency at level 30 (the current cap is 500,000 points). It’s a good idea to pick up a different weapon type by the time you max out – there are trophies and dojo mission related to high proficiency points for all nine weapons. 200,000 proficiency points is a good stopping point if you’re tired and want to move on.

Here’s a big tip: there’s an easy way to see which Mage’s Locks and Ninja’s Locks you’re missing. On the map screen, click on a story mission to bring up the summary and then press the R1 button – this will tab over to a page showing how many locks you’ve earned, how many hot springs you’ve used, and how many Dark Realms you’ve dispelled. These are finite collectibles, so you’ll see the exact totals.

Another quality-of-life tip: you can set Nioh 2 to automatically use/activate locks so they don’t get buried in your inventory. Just press the PS4 touchpad, scroll right and select “System,” move down to “Basic Game Settings,” and then toggle on the option “Automatically use acquired locks of hair.”

It won’t take long before you find your first Locks and start building out your skill trees. With all that said, which Onmyo and Ninjutsu skills should you focus on in the beginning? I have a few suggestions.

For the Onmyo skill tree, I would make a beeline for at least some of these skills:

A few other Onmyo staples:

You could also use any number of offensive spells or elemental weapon buffs, and that can be a good way to earn Onmyo proficiency, but keep in mind, there’s only so much room on the shortcut menu.

For the Ninjutsu skill tree, I only have a few wide-ranging suggestions:

There are plenty of other useful Ninjutsu skills – including Tiger-Running and Catwalking when you just want to zip past all the bullshit and get to the boss – but your mileage will vary depending on your build.

As Chris mentioned in a separate article, it’s imperative to trigger your Yokai Shift (Triangle + Circle) and collect and purify Soul Cores as often as possible to earn points for your Shiftling skill tree. This is where you’ll go to make the Dark Realm much less punishing. The tree is full of passive benefits.

This probably goes without saying, but make sure you have the Running Water abilities for low, medium, and/or high stances in the Samurai skill tree. You need all the extra Ki recovery you can get.

One last tip you might be missing: if you have any green nodes unlocked on the Samurai or Shiftling skill trees, you’ll want to equip them. Hit the PS4 touchpad, go to “Skill Customization,” and find your weapon. Once you scroll down the list to the low/medium/high-stance moves, you’ll see a prompt on the very bottom of the screen that says to press the Square button for “Custom Active Skill Settings.” Once pressed, you can then apply any damage boosts or elemental effects you’ve unlocked.

That’s a lot to take in, I know. It makes more sense in-game, I promise.

As an example, if I go to my hatchet in the Skill Customization menu, I can scroll down to Piercing Hurl: Light (my “Hold Triangle” attack), press the Square button to bring up a submenu, and then apply Arcana of Lightning (to imbue lightning damage) or Damage Boost: Skill (to get a boost based on my character’s Skill stat). There’s a trade-off, though – these boons command a higher Ki consumption rate (like 1.40).

Custom Active Skills aren’t necessarily something you need to worry about in the early or mid-game, but they’re worth looping back on once you’ve chipped away at the Samurai and Shiftling skill trees.

One of the best parts of Nioh is returning to pesky old bosses and pulling off a fast no-damage run.

[Looking for more Nioh 2 pointers? Check out our guides on when to use your Yokai Shift ability, how to trade with the Sudama, how to power up your Guardian Spirit and Soul Cores, and how to farm Amrita.]