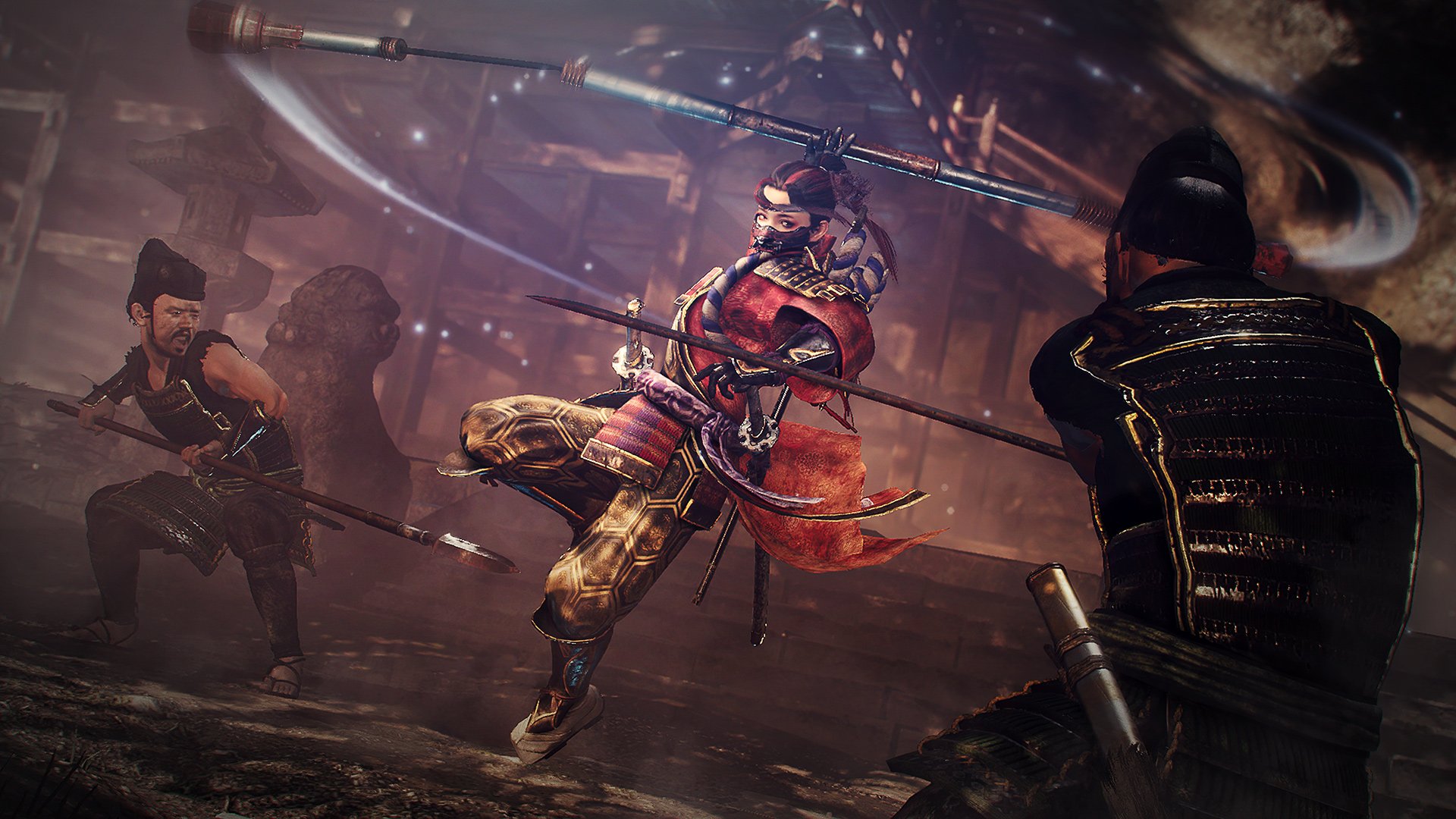 Even if you skip this first DLC, be on the lookout for Demon Parade Picture Scrolls and new skill tree unlocks

From one samurai game to the next. Nioh 2‘s first DLC, The Tengu’s Disciple, is out today on PS4.

If you’re downloading the standalone version of The Tengu’s Disciple – I wouldn’t bother! – it’s $9.99. If you go for the Nioh 2 Season Pass, which bundles all three DLC packs, you’re looking at $19.99. This first story is set in the coastal region of Yashima during “the final years of the Heian period.”

You’ll need to have cleared the main campaign to get started.

The trailer shows some of the new yokai, including a boss, and the Ninja Gaiden-as-hell Splitstaff weapon. The Tengu’s Disciple has “over 10 challenging missions across three distinct new stages.”

Team Ninja also shared the patch notes for update 1.11. Apart from new Ninja and Onmyo Magic skills and character-creator options, the big addition is the Demon Parade Picture Scroll. These items drop on Dream of the Strong difficulty and above, and they’ll give you special mini-missions to play from the left side of the map screen. If you clear a Picture Scroll mission, you can equip the scroll for stat bonuses.

The update also raised the inventory capacity from 500 to 600 items and re-tuned the difficulty in multiplayer. “The health and power of enemies will increase when there is a summoned Visitor present.”

Dream of the Demon difficulty is calling my name, as is the new level cap of 400.