Attention Nintendo fanboys and gals, your precious little company is not perfect. Hell, nobody is, including me, which I know is very hard to believe. Thankfully, Games Radar has put together a list to keep all little fanatics in check. Here’s a snippet of the most notable mistakes by Nintendo. We heart Mario.

Can the same magic that made the DS an international phenomenon happen with a console? Nintendo’s betting on it. Betting it all, really.

Because what do you do next? Five years from now, when the PS4 and NextBox show up, they’re going to jump in hardware power again. And then Nintendo’s left with a machine that looks two generations old instead of one. The motion controls, now considered somewhere in between “the best damn thing that’s ever happened in the world” to “gimmicky stupid childish nonsense,” will be super played out and exploited. Unless there’s some other gameplay innovation on the horizon, Wii could be viewed as a fad, susceptible to the same fickle emotions that killed snap bracelets, pet rocks and Sega. And if Nintendo bites the bullet and gives the machine a visual kick in the pants, well there goes its whole mantra that graphics don’t matter. There’s just enough steam with this idea to last one generation, and none after that.

You can find more tender nuggets after the jump. Oh, and feel free to add to this list in any way you see fit. 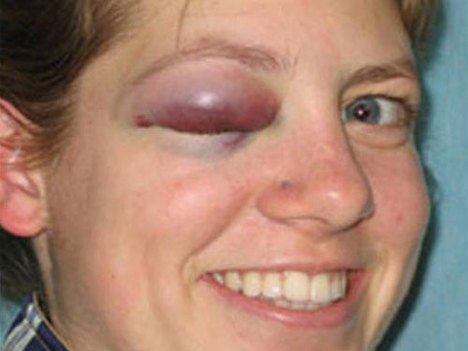 Someone pass the Haterade:

No list of mistakes would be complete without mentioning the world’s favorite piece-o-crap gaming device. Launched in 1995, just as the SNES was fading and a year before the N64 would arrive, this “portable” machine was stricken from memory the moment it hit the shelves. For some reason, Nintendo thought people would actually want to strap their heads into a clunky headset that only displayed red visuals on a black background (and caused incredible eye strain after moderate use). The faux-3D images looked like a Game Boy trapped in a crimson-laced Tron nightmare, never once offering the supposed “32-bit” processing power promised on the box.

5 – An ongoing battle against online gaming

While this quote from Japan Economic Foundation may sound inaccurate today, what with Nintendo’s Wi-Fi Connection and all, but three years ago the company couldn’t have been more anti-online. While Sega Saturn offered a modem, Nintendo never even approached the idea with the N64. A few years later, Dreamcast had a modem built in, the Xbox shipped with broadband support and PS2 rolled out its own way to take the system online. What did GameCube provide? A half-assed broadband adaptor that supported Phantasy Star Online games with zero first-party backing. If you wanted to game online, you did not play with Nintendo.

4 – Censorship and the unshakable “kiddy” image

If you’re trying to sell video games to kids in the ’80s, the last thing you want to be seen as is “uncool.” But for a while there it seemed like Nintendo was going out of its way to look and act like a parent desperately trying to protect his children from the outside world yet also appear hip and “with it.” Initial censorship, like removing overt religious icons or scenarios from Japanese games, made sense. Scantily clad women would often receive a few extra strands of clothing, that’s nothing too crazy either. But the constant badgering of third parties to remove references to Hitler or words such as “devil,” “death” or “hell,” had to be grating. Even more so when Nintendo’s main rival, Sega, didn’t seem to really mind a lot of the same content. Sega also left the precious blood in the first home port of Mortal Kombat – Nintendo saw fit to force publisher Acclaim to replace the blood with sweat.

With this one act, the thought that Nintendo was a little too family friendly came out into the open for all the playgrounds and college dorms to see. We can’t rip off someone’s head in the Super NES Mortal Kombat? Fine. See you at Matt’s house. He has a Genesis.

3 – Pissing off the third parties from day one

There’s no denying that Nintendo brought the videogame industry back from the brink of disaster. You also can’t deny how much it used this leverage to lord over anyone who wanted to use the insanely successful NES to make money. If you could get a game published on the first Nintendo system, you had it made. But first you had to jump through whatever hoops Nintendo laid out for you. And you did it with a big fake smile on your face.

2 – Pretty much everything involving the Nintendo 64

Remember those pricy cartridges we mentioned earlier? Imagine having to continue paying for them in a time when Sega and Sony both went to CD, an immensely cheaper medium that also allowed much greater storage capacity. That’s what publishers had to deal with during the entire run of the N64 (1996 through 2001). As the rest of the gaming world switched to an established format, Nintendo stuck to its proprietary-formatted guns, ensuring slightly higher prices for games and lesser quality sound for an entire generation. Count how many memorable soundtracks there were on the PlayStation. Then look at the N64. Pretty grim, eh?

1 – Opening the doors to PlayStation

If there’s one moment in time that forever changed the videogame world, it’s the day Nintendo stabbed Sony in the back in front of the whole world.

Multimedia isn’t much of a buzzword these days, but back in the early ’90s, it was everything. Entire libraries could fit on a disc, symphonies could finally sound crystal clear and even educational games could be played all off of one disc. CD-ROM supporters wanted this medium in as many hands as possible, and Nintendo was the best possible way to get it there.

Electronics superstar Philips decided to ally itself with Nintendo and bring a CD attachment to the Super NES. With Nintendo’s clout, Philips’ CD tech could reach millions in record time. It seemed like a mutually beneficial setup – except for the fact that Nintendo had already signed a contract with Sony in 1988 for pretty much the exact same thing.

This contract had Sony creating a “Play Station” that would feature an SNES cartridge port and a CD slot for new, enhanced games. Problem was, this contract gave Sony complete control over any CD-based games that touched the system, Mario included. Once Nintendo’s president, Hiroshi Yamauchi, realized that he would not have the final say on something with Nintendo’s name on it, he demanded a solution that put Nintendo back in the saddle. The result was announcing the new partnership with Phillips during the 1991 CES trade show, despite the fact that Sony had just announced the Nintendo-powered Play Station the night before.