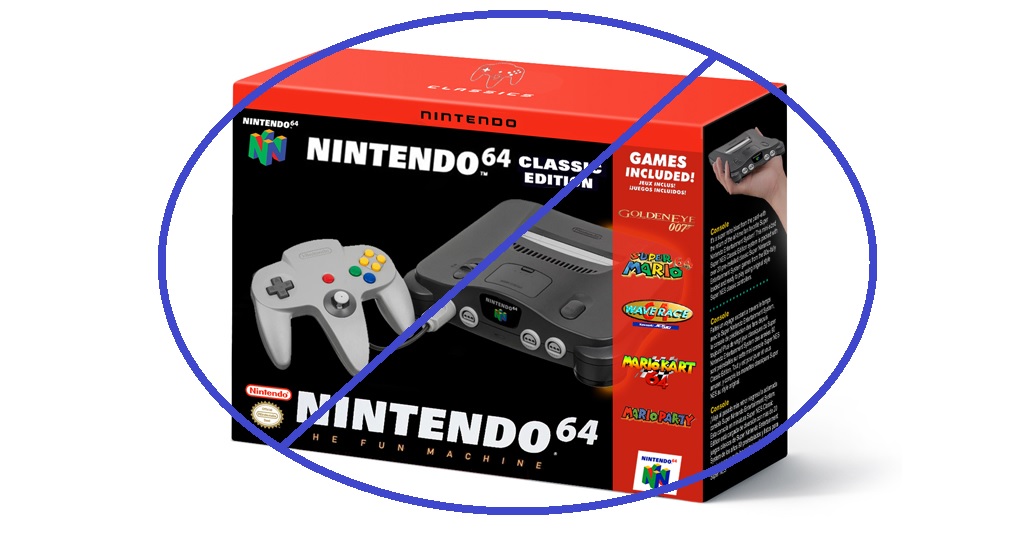 For the past two holiday seasons, Nintendo has released mini variants of the NES and SNES consoles. Along with being a pretty faithful replication of the gray boxes, they included pre-packed games that were curated to perfectly tickle your nostalgia bone. They were love letters to an era when Nintendo dominated the market.

Many people were expecting an N64 Classic for 2018, but that seems to be off the table. Speaking with Kotaku about the Switch’s online service and Smash Ultimate’s roster, Nintendo of America President Reggie Fils-Aime said, “I would not ever rule something out, but what I can tell you is certainly that’s [N64 Classic] not in our planning horizon.”

Going deeper, Fils-Aime stated, “We were clear when we did the first two Classic series that, for us, these were limited time opportunities that were a way for us as a business to bridge from the conclusion of Wii U as a hardware system to the launch of Nintendo Switch…We’ve also now been very clear that as the consumer looks forward to engaging with our classic content that is going to happen more and more with the subscription service.”

That last bit opens up the door for other platforms to eventually reach the Switch Online service, but nothing else was said on the matter. For the time being, an N64 Classic is not happening and certainly won’t be releasing in 2018. I’m sorry to dash your hopes.