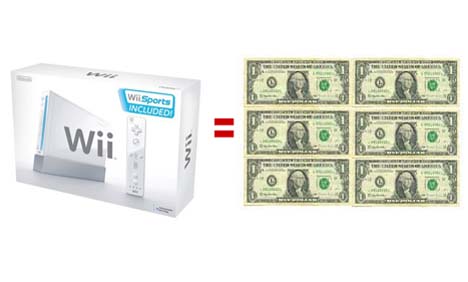 Back when Nintendo’s Wii launched, we heard a lot of talk about how the Wii hardware was actually profitable. That’s something that the other guys couldn’t say. From all of the bragging, I always figured that there were making more than $6. I guess that’s still a pretty good figure, though. My dad always said that if you managed to pay all of your bills and still have money left over, you’re doing pretty well for yourself, regardless of how much you have left. In other words, $6 is better than nothing.

This Forbes article says that Nintendo’s strategy is to buy inexpensive components rather than make them in-house. This has them actually making money on console sales, unlike Sony. David Gibson, an analyst at Macquarie Securities, says that Nintendo earns $6 of operating profit with each sale.