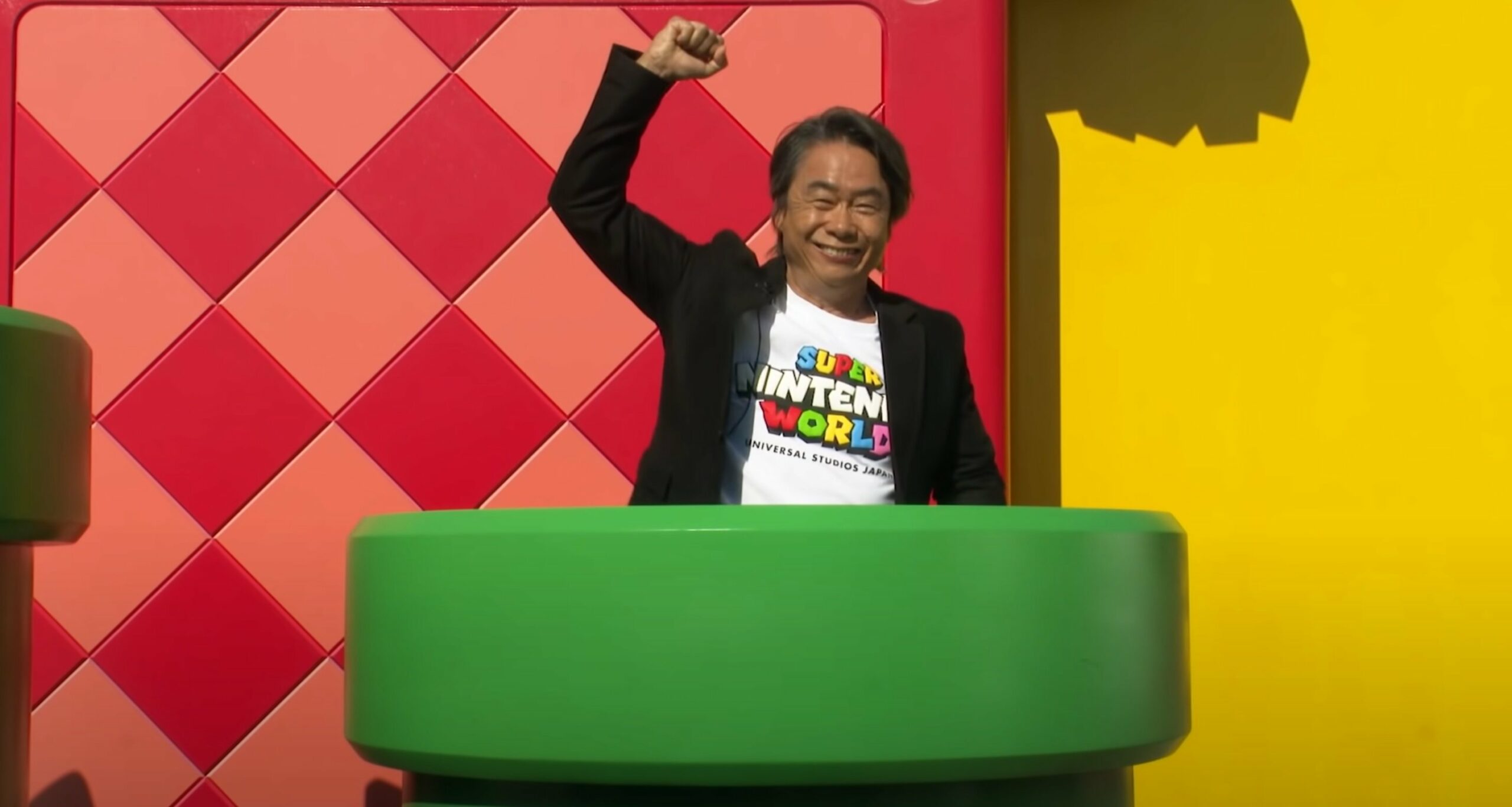 What perfect timing! We just saw Miyamoto as our collective dad in Nintendo’s recent Super Nintendo World theme park Direct; now we can hear him talking about being an actual dad (and granddad!) in this recent interview from The New Yorker.

In what is mostly a personal interview, we learn a bit more about Miyamoto’s home life, as well as his general philosophy for kindness: something that definitely comes across in all his works. What strikes me the most is the humility. The “father of Mario” is a big deal, but growing up, he claims that his family life was relatively normal.

“In terms of my own kids, I’ve been fortunate in that they’ve always had a good relationship with video games…I’ve never had to restrict them or take games away from them,” he says. In fact, he talks about how his kids played Sega games, and dug Out Run and Space Harrier. Most recently he got to experience Captain Toad with his grandkid, who was “shiny eyed” while playing it.

Remember how some parents were “concerned” about kids being really into games? Well, Miyamoto embraces it: “I could see how a parent might be concerned about how immersed their child can become in a game. But, in my game design, I always want to encourage a relationship between a parent and child that is fundamentally nurturing. I was helping my grandchild navigate the 3-D world inside the game, and I could see the 3-D structure being built inside this five-year-old’s head. I thought, This could help his growth as well.” What a dad!

Here’s another great quote from Miyamoto on the human experience, in direct reference to the tale that he wanted Goldeneye 64 to be less violent: “I think humans are wired to experience joy when we throw a ball and hit a target, for example. That’s human nature. But, when it comes to video games, I have some resistance to focusing on this single source of pleasure. As human beings, we have many ways to experience fun. Ideally, game designers would explore those other ways.”

He goes on to say: “Beyond that, I also resist the idea that it’s O.K. to simply kill all monsters. Even monsters have a motive, and a reason for why they are the way they are. This is something I have thought about a lot. Say you have a scene in which a battleship sinks. When you look at it from the outside, it might be a symbol of victory in battle. But a filmmaker or writer might shift perspective to the people on the ship, to enable the viewer to see, close up, the human impact of the action. It would be great if video-game makers took more steps to shift the perspective, instead of always viewing a scene from the most obvious angle.” As a parallel, this is something that The Mandalorian is sort of exploring now, in regards to the destruction The Empire razed in the original trilogy; and something creators are exploring more and more in recent years.

So what’s next for Miyamoto? Innovation, innovation, innovation. It never changes. But who will replace him? Miyamoto responds in kind, with kindness: “Now I’m focusing on the need to continue to find new experiences. This has always been what interested and excited me about the medium: not perfecting the old but discovering the new.”