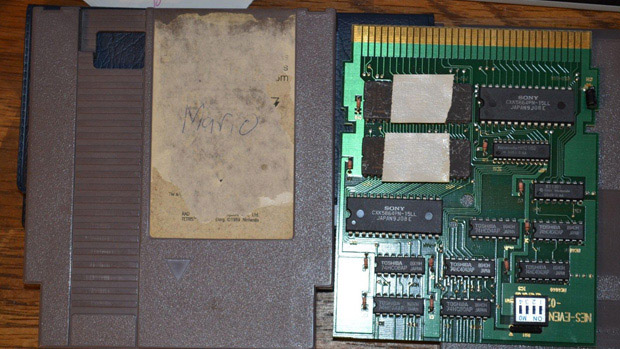 [Update 2] I reached out to the seller and unfortunately the winning bidder has retracted his offer.

“The unfortunate reality is the second I approached the winning buyer with payment options, they retracted their bid claiming it was a “mistake,” wrote Muresan in an email. “I’m not offering the item to other bidders in the auction to see if any of them are honorable individuals. It may take me a while but that’s about all I can do for now. It would be nice if eBay were more seller-friendly, rather than 100% buyer protection focused.”

It’s beat up and it has the word “Mario” handwritten on it, but it also one of the rarest Nintendo game cartridges ever: It’s a the highly sought after NES game Nintendo World Championship.

The game was originally a prize for a select set of 90 semi-finalists in Nintendo’s nationwide Nintendo World Championship. There’s even a more limited set of 26 golden copies of the game that were given away in Nintendo Power magazine.

So while a rare prize indeed, I have to think that this current Ebay auction has been ran up to illogical proportions by people who have nothing better to do.

Stay tuned for further information as the auction is set to expire at 3:55:10 PST.

For Sale: The Ugliest Super-Rare Videogame of All Time [Wired]