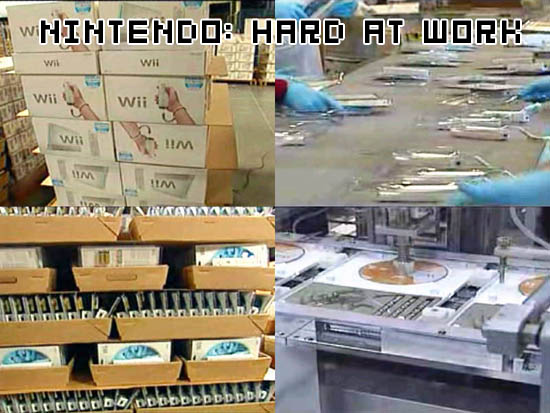 Nintendo is obviously pleased to be able to brag about the doubling of profits, but to keep that up, they’re going to have to sell more wares. From what Bloomberg says, it looks like they’re already on it.

Nintendo bumped up Wii production by 80 percent during the fiscal second quarter in an effort to get some Wiis into European homes. That’s probably what helped them do so well there, with sales increased 50 percent in the three months ending September 30th.

Nintendo is also planning bring Wii consoles into China and Korea next year, though they may have trouble pulling Chinese gamers away from the brilliant one-off called the Vii.

“We are trying to create an environment that every household has a Wii,” President Satoru Iwata said. “We are not done yet.”

They plan up keeping up with the bumped up numbers, continuing to put out 1.8 million Wii consoles a month. That’s 21.6 million consoles a year. Wow!