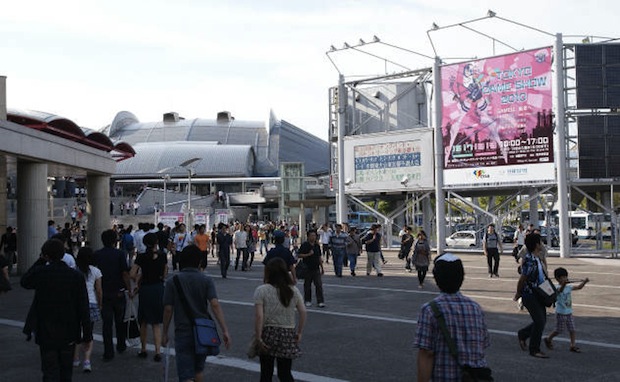 [Update: This event has been confirmed by Nintendo, says NextGen. It’s business only, which means investors, analysts and press.]

I hate that the rest of the gaming world shows up for Tokyo Game Show, but Nintendo always hangs back. Gaming is one of Japan’s biggest export industries, and TGS is the trade show where the entire industry gets together and shares their wares with the world. If you look at it that way, it makes Nintendo look like they’re too cool for school. Join with your countrymen!

This rumored pre-TGS might be the next best thing, though. Nintendo stock spiked for a bit yesterday. Bloomberg Japan says that it could have something to do with investors learning that Nintendo will hold a 3DS event on September 13. TGS runs from the 15-18, so a Nintendo event would work beautifully with my schedule.

I hope this is true. Nintendo does a semi-regular fall event, so maybe they’re just tweaking the timing this year. This year in particular is exciting for portable gaming. Nintendo shouldn’t let Sony have all the fun next month.