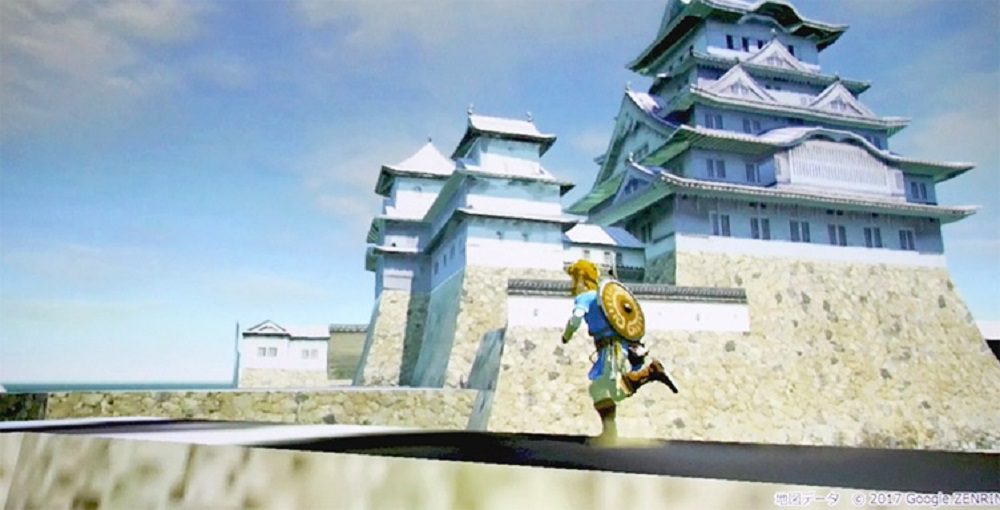 New info from the 2017 CEDEC presentation

The story of how The Legend of Zelda: Breath of the Wild came to be continues to delight, as it seemed to be one of Nintendo’s highest priority and meticulously designed projects in years.

For those of you who were unaware, Nintendo showcased early footage of Breath of the Wild back in 2017 during the CEDEC conference, which placed Link in various locales in Japan. While that presentation was not done publicly (and thus no record of it exists in video form), new details have surfaced recently by way of a tweet that show just how ambitious that demo footage really was.

While Nintendo originally stated that the tests were done using locales in Kyoto, Japan, a new image scrubbed from a new defunct source shows off Himeji Castle in Himeji, Japan. Another tweet shows off the early build’s skydiving mechanic: taken wholesale from Skyward Sword and never implemented in Breath of the Wild proper.

Nintendo seems to have extensively tested the game’s locomotion and exploration mechanics with a full map of Japan, which is something I’d definitely pay to see in full. Given how secretive Nintendo is, however, this may never see the light of day.