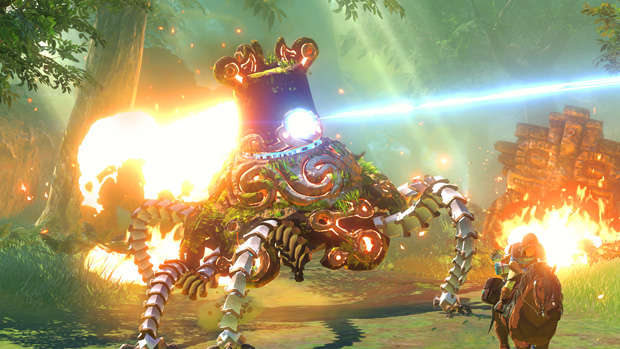 ‘After the transition to 3D, it became harder to create the vast world feel’

Nintendo gave us everything we wanted in terms of Zelda today at their E3 conference — more info on the Wii U Zelda game. Franchise veteran Eiji Aonuma talked a bit about how retro Zelda games were very large, but as 3D games evolved, the worlds got smaller and smaller.

Puzzle solving will now involve less of a set path, and there will be less of a “set order” for exploration. The world shown off in the screen above is described as a vast universe, where you can explore anything, even the mountains off in the distance.

Filed under... #E3#Gallery#The Legend of Zelda