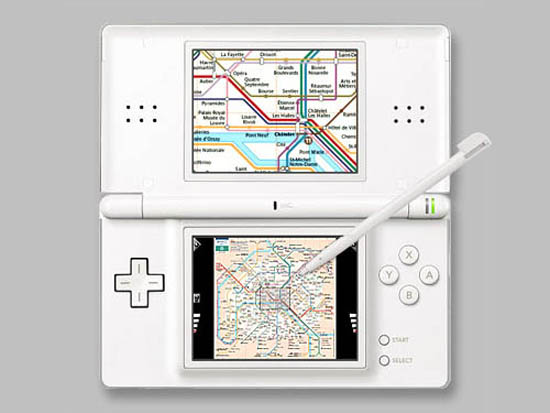 It makes sense that Nintendo would want to use their portable, wireless touchscreen device for things other than gaming. Nintendo President Satoru Iwata outlined a couple of ideas that they’re working on for the DS.

Iwata says that the DS would be useful in places like train stations, museums, and amusement parks, although he didn’t give specifics. We’re guessing they’ll be used for localized uses like information, directions, and even something like food menus. These applications are expected to roll out in 2008.

“This is the first device that is portable and wireless and anybody can use,” said Iwata to the Wall Street Journal. “With so many devices out there, it would be wasteful to not turn it into a tool.”

It’s not a bad idea, especially for a country like Japan, where the population is so dense, and so many of that population are already DS owners. For people like me, it’s going to take some self-restraint to be in a museum with my DS and not play a game.