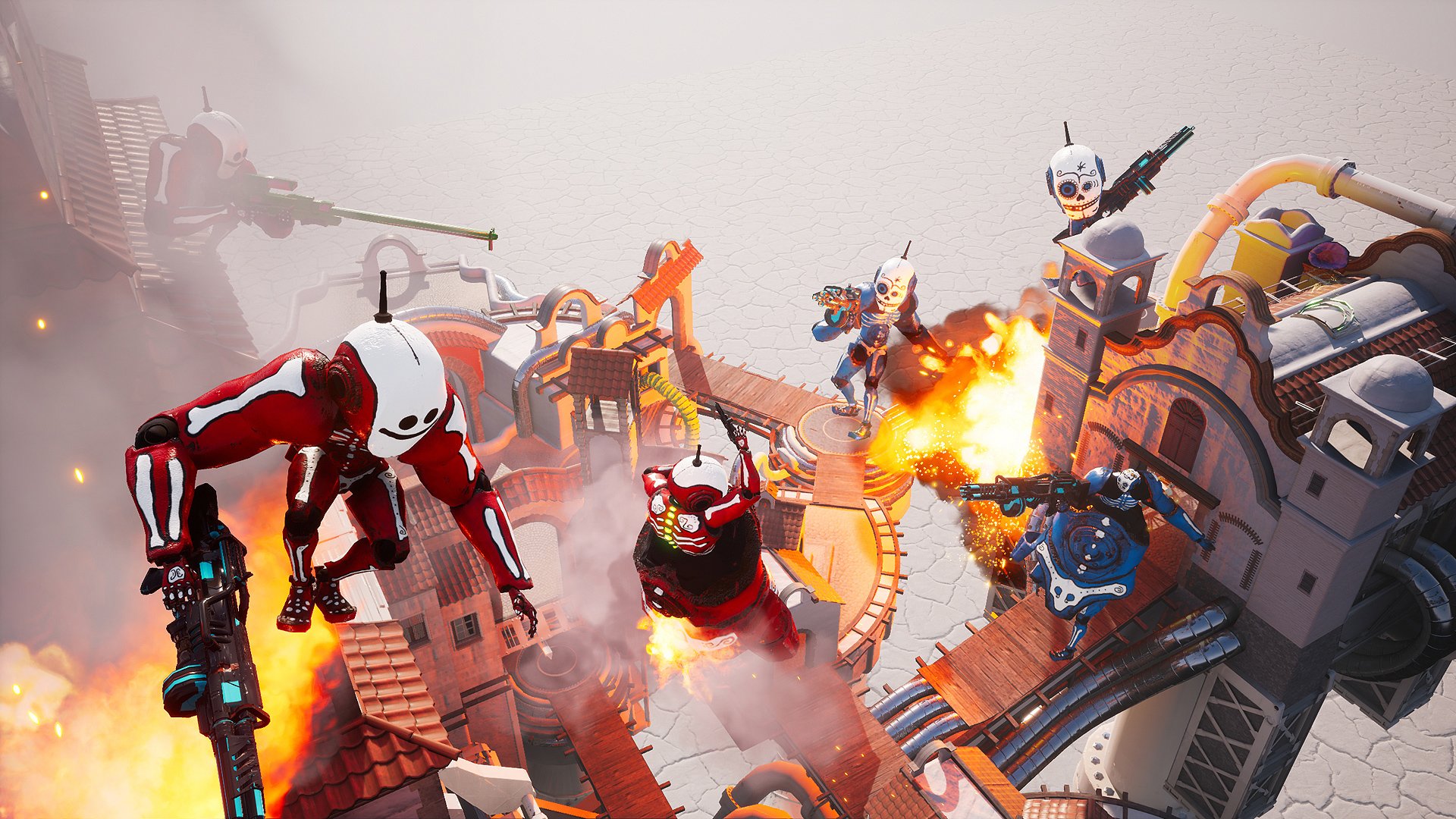 A few games shown during Nintendo’s indie game showcase had me doing double takes. Morphies Law, a “robot morphology driven 3D shooter” in which you steal mass from your opponents’ body parts and consequently grow larger the better you play, is definitely one of them. It’s something else.

As the trailer shows, it’s not just cosmetic. You need mass to power up your team’s giant avatar and your body size directly affects your abilities and traversal options. The shooting itself looks a little rougher than I’d ideally like, but the concept is super interesting, and I’m weirdly into these character designs. Morphies Law kind of has that TimeSplitters-esque off-kilter feel going for it.

Oh, and you can redistribute mass among your team. “In team games the team avatar combines the sizes of all team members. The team with the tallest team avatar wins. Friendly fire does not change your team’s avatar size and can therefore be used to implement advanced team tactics. Shift your team mass from one player to the other to get your whole team to an advantageous position. Or designate an offensive player and shrink him to make him difficult to hit. Then, once he grows by decimating the other team, transfer his mass to your defensive players by showering him with friendly fire.”

Morphies Law will be out this winter on Nintendo Switch and it’s also coming to PC.