Full game trials are something I’d like to see more of in general and also specifically for multiplatform games. Sometimes you want to see – and feel – how a particular game runs on Switch, y’know?

This week, Nintendo is hosting another one of its infrequent Nintendo Switch Online game trials. If you have a membership and you’re in a kart-racing mood, you can play the full version of Crash Team Racing Nitro-Fueled from Wednesday, December 30 at 11:00 a.m. PT until Tuesday, January 5 at 11:59 p.m. PT. 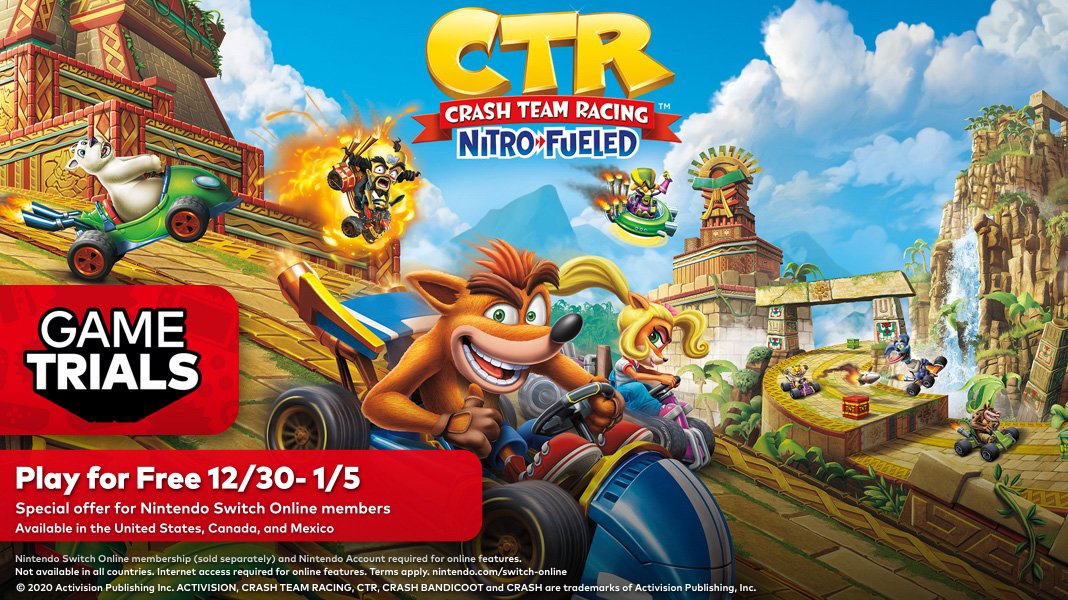 By “full version,” they mean you play CTR Nitro-Fueled alone, locally, or online – the latter is a bloodbath! This is one of those games that a lot of folks are bewilderingly good at. They’re monsters. Trust no one.

If you’re wondering if this limited-time promo is worth the trouble, I’d say so. The file size is 9.3 GB.

Crash Team Racing isn’t currently on sale on Switch, but it’s down to $14 on PS4 and Xbox One.