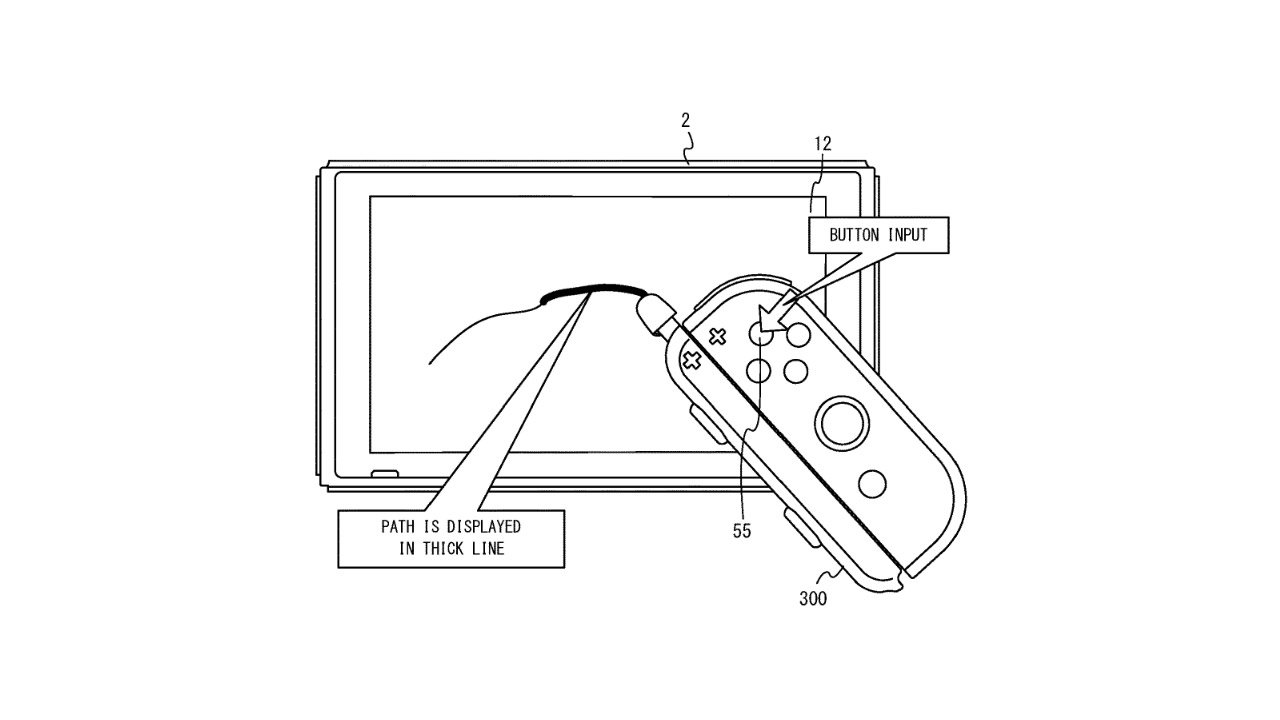 Our first glimpse comes from a patent filed on June 4, 2019

As discovered in a newly-published patent application with the United States Patent and Trademark Office, Nintendo is exploring the concept of a “touch pen attachment” for the Nintendo Switch.

That idea might not sound super interesting at first, but the device is appropriately Nintendo-like. This isn’t a simple stylus (which is already available for Switch in certain regions). Rather, the touch pen attachment slides into the side of a typical Joy-Con and works in conjunction with the controller.

Based on the patent, the Joy-Con is capable of vibrating when the pen comes into contact with an on-screen object. Another feature: while a user might normally draw a “thin line” on the Switch screen, they could tap a button – say, the X button on the Joy-Con – to toggle between a thicker line weight.

It’s not hard to imagine how Nintendo could use this kind of device with its past touch-screen-enabled games (the DS library is calling), to say nothing of stuff like Super Mario Maker 2‘s course creator and yet-to-be-revealed new Switch games. I could see myself getting a touch pen if the price is right.