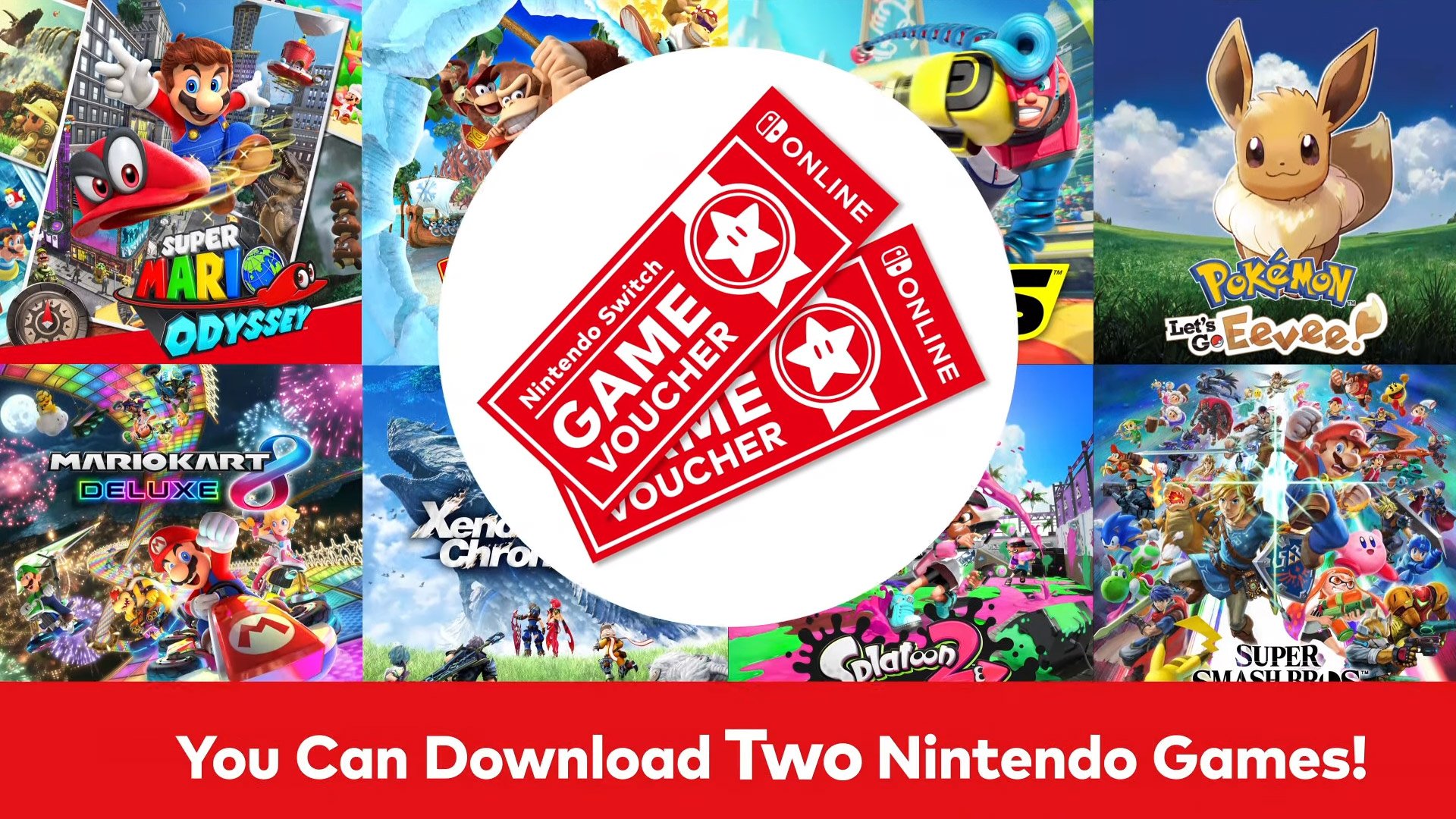 Pay $100 for two games, but only if you’re an Online subscriber

Nintendo has a slightly roundabout new way to save money on Nintendo Switch games. What are they? Nintendo Switch Game Vouchers. What do they do? Slice as much as $20 off a two-game bill.

Here’s how it works: Nintendo Switch Online members can pay $100 for a pair of vouchers that can be exchanged on the Nintendo eShop for “two eligible digital games.” The example used was Super Mario Maker 2 (as a $60 pre-purchase) and either Super Smash Bros. Ultimate, Mario Odyssey, or Zelda: Breath of the Wild. The idea is to select qualifying games collectively worth more than a hundred bucks.

According to a Nintendo press release, “By redeeming these vouchers, users are saving up to $19.99 on the combined suggested retail price of two games. Vouchers are redeemable for one year from the date of purchase and don’t have to be used at the same time.” The list of games is mostly first-party:

Worth noting: “The selection of eligible software will continue to grow over time.”

The voucher announcement was tucked midway through the Super Mario Maker 2 Nintendo Direct presentation, and my brain was too gelatinous from all the bullet points prior to then to comprehend it. Now I see. The only other caveat is that you have to buy the vouchers before July 31, 2019.

I think I’m gonna go for Mario Maker 2 now and see what else pops up later for my second game.