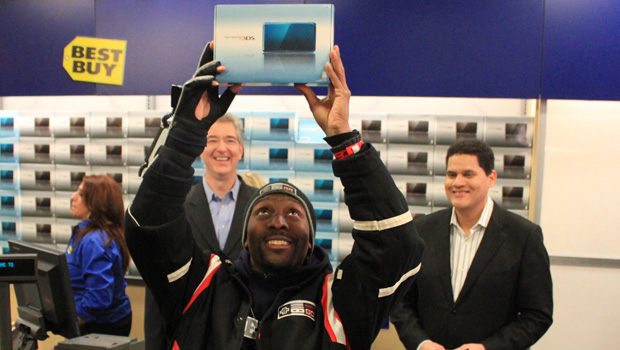 I’m sure you’ve all heard of Isaiah-Triforce Johnson by now. He’s the founder of the competitive gaming organization Empire Arcadia, but you would most likely recognize him as the black dude with the Power Glove who seemingly always manages to be first in line to purchase any new Nintendo doodad — he was the first man in America to officially buy the Wii as well as the 3DS.

Now Triforce plans on being the first person on the planet to purchase a Wii U at retail. The first unit will be sold at the Nintendo World Store in New York, so to be certain no one gets the jump on him, he’s already queued up. For your information, today is October 22, and the Wii U won’t launch until November 18. That’s an insane level of dedication.

He’s been hassled by the cops in the past for “loitering,” but they’ve never been able to prevent him for completing his mission!