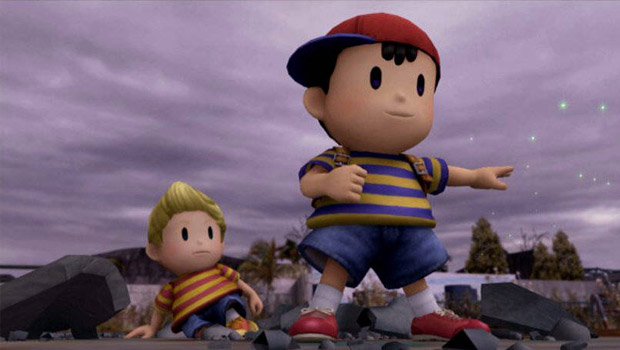 Last week on Sup Holmes (now on iTunes), we spent a fast hour and a half with Marcus Lindblom, localization and translation head on Earthbound. Having gotten his start as a tech adviser and game counselor, he was eventually promoted to work on localization and copy editing, with Wario’s Woods being one of his first games. From there he moved on to work on Earthbound (writing a lot of the jokes, naming items, and creating new objects like the Eraser Eraser when needed), and eventually to other huge franchises like Destroy All Humans, Evil Dead: Regeneration, and… Halo 4? I doubt you saw that one coming.

With over 20 years in the industry, Marcus had a wealth of insights, opinions and anecdotes to share. We talked about his dreams of making a new Mother game with Shigesato Itoi that focuses on reliving the levity and sweetness found in Earthbound, how he’s saddened by the the way certain AAA games seem to have a pre-installed review score of 9/10 or above based solely on their budgets and intellectual properties, how he’s quite unhappy with a lot of his work on Earthbound and would love to re-write it, his plans for a new Facebook-based RTS, and so much more.

The saddest, most surprising bit for me was when he revealed former plans to write a book about his experiences working on Earthbound, only to have Nintendo ask him not to go forward with the project. With Earthbound finding new success on the Wii U virtual console (reportedly selling more copies on re-release than it did initially on the SNES), I’d think that Nintendo would want to jump on anything that will help keep the game in the headlines and fans feeling passionate and talkative about the game. I suppose this goes right in line with their attitude towards shutting down Lets Players. I know there are plenty of people within the company that are firmly against that kind of thing, though history would prove that they are often overruled.