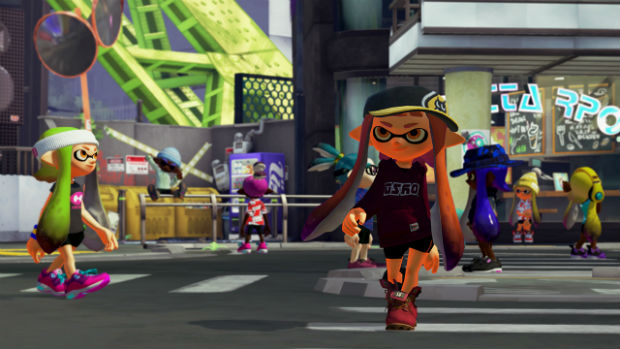 Reggie Fils-Aim? is hopeful for the future of this ‘major new IP’

At a recent event at Nintendo of America’s headquarters in Redmond, Washington, I was able to play Splatoon for the first time since E3 2014. It’s come a long way since then, and Nintendo is particularly proud of what it has accomplished.

Speaking to us directly on what the title means to the company, President Reggie Fils-Aimé noted that it was “aiming to do for action shooters what Mario Kart did for racing.” He went on to note that it was a “major” new IP for Nintendo, and that the game is “not just about kills. It’s designed to be fun no matter what your skill level is.” We’ll see how major it is sales-wise come May, but for now, it does have a strong niche following on paper.

Although Nintendo wasn’t able to show off all of the game’s features Miiverse functionality is confirmed, as is a world hub-based menu system, similar to Phantasy Star Online‘s lobbies or the recent Dragon Ball: XenoVerse. You can read my thoughts on multiplayer here, and expect details on the game’s campaign later today.