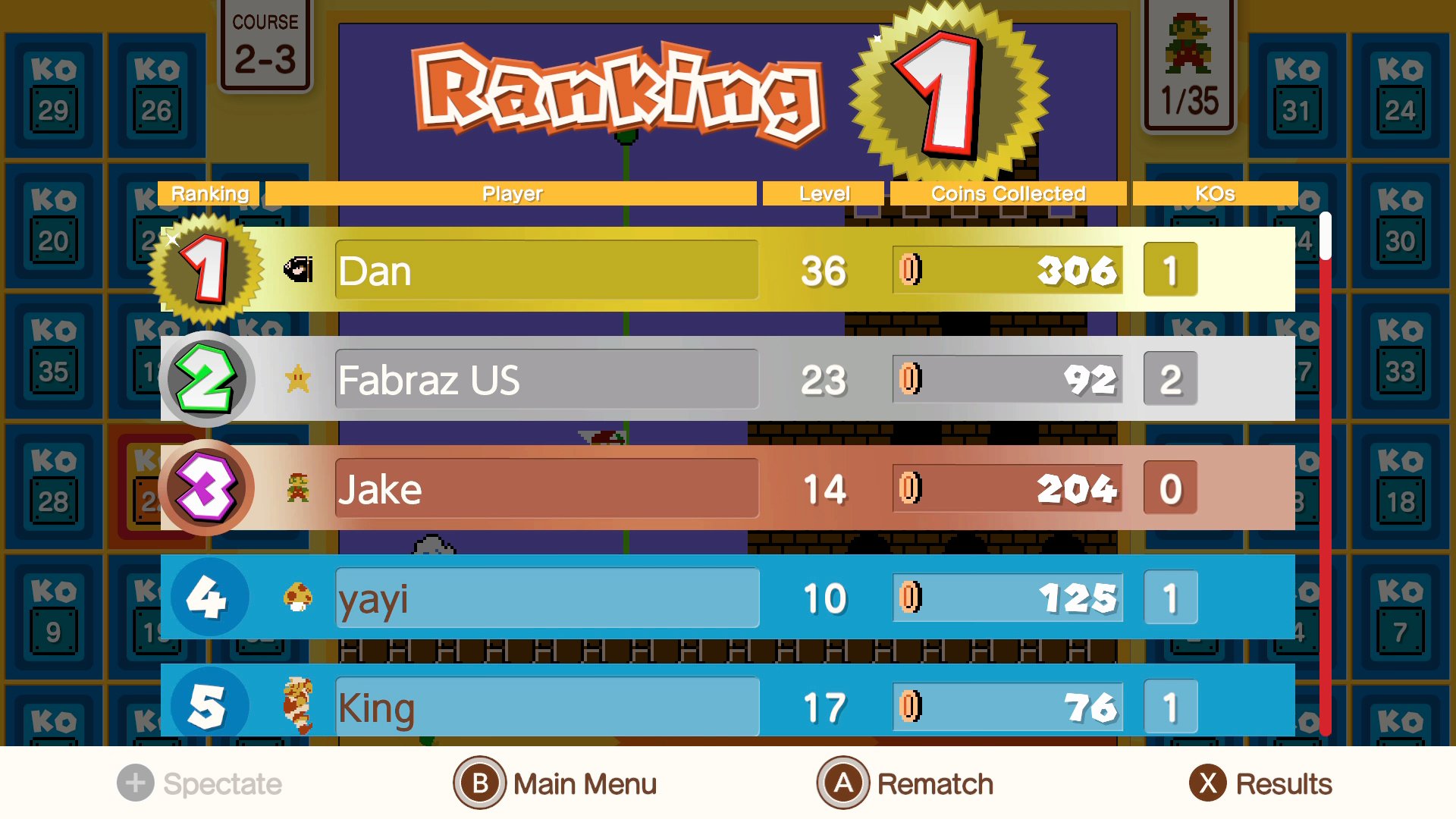 It’s just too much fun for a limited time

I brought my Switch with me to bed last night. No, it wasn’t to check on my Animal Crossing villagers I haven’t visited in over a month… It was to maliciously wreck 34 other players in Super Mario Bros. 35 by outlasting them and sending as many hammer brothers their way as I possibly could. Now that’s what I call a fun time under the sheets!

I managed to rack up two more first-place victories last night in Super Mario Bros. 35, and I can’t get enough of it. Nevertheless, regardless of whether I get bored or sidetracked by another video game, Super Mario Bros. 35 has a limited lifespan set in place by Nintendo. Why? I haven’t the faintest clue. Perhaps they believe the skill ceiling could become too high? Maybe they plan on fully expanding this idea with a different and more fleshed out release (levels from World and 3 would be glorious). Maybe it’s just Nintendo being Nintendo.

Regardless, Super Mario Bros. 35 is only “playable” until March 31, 2021. So, today on Impulse, Justin and myself share our first impressions of the game so far! So, sit back and enjoy the sights and sounds of glorious Mario background music and gameplay as we share the experiences we’ve had playing Super Mario Bros. 35 during its launch!