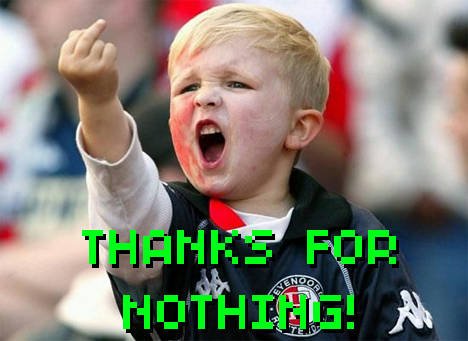 Hey, remember on Sunday when I told you about Mega Man hitting the Virtual Console this week? That was some pretty exciting news. Were you surprised to discover that you got (arguably) the worst Splatterhouse game and the Sega Master System version of Sonic the Hedgehog instead?

I thought not and you weren’t alone. Capcom wasn’t the only publisher to have made an announcement regarding VC releases for this week either. SNK told us to expect Samurai Showdown II and Hudson had Y’s Book I & II on deck. That sounds like a candidate for “best week ever” if I’ve ever heard of one. So, what happened? GoNintendo got this little bit of PR speak on the matter from Nintendo of America:

A number of variables can affect a game’s release date. Therefore, the Wii-kly Update is the only authority for confirmed release dates of Virtual Console games.

Confused? More after the jump.

Okay, I can understand the part where they say that the only way for us, as consumers and media, to really be sure of what’s coming out each week is by reading their press release. What I can’t understand is how all three of these publishers could have managed to get the release dates for their products wrong.

Nintendo’s approval process is far from transparent, but the only way I can reckon a company would get a date to announce would be from Nintendo. And none of them would willingly bring embarassment upon themselves by announcing a product was coming when it wasn’t if they could possibly avoid that. Capcom’s announcement (now mysteriously missing from the site) came the day before the games were supposed to come to the service. It just doesn’t add up, unless NoA had actually intended to say this instead:

We’re a bunch of lying liars who like to make people cry. Next week, we’re going to put up Fester’s Quest but tell Square/Enix that we’ve approved Secret of Mana so they can announce it to the world. Suckers!

Well, that would certainly make sense.